Why SSL’s licence was not suspended 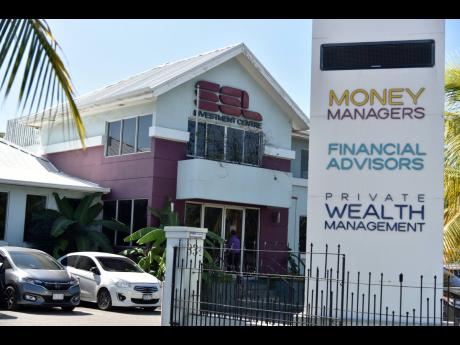 File
The Hope Road offices of Stocks and Securities Limited. The company, which is under a fraud investigation, has had management controls temporarily transferred to the Financial Services Commission.

Finance Minister Nigel Clarke has listed below information provided to him by the Financial Services Commission (FSC) board on actions taken after the February 2017 report on Stocks and Securities Limited (SSL): 1. The FSC issued a notice of...

Finance Minister Nigel Clarke has listed below information provided to him by the Financial Services Commission (FSC) board on actions taken after the February 2017 report on Stocks and Securities Limited (SSL):

2. SSL exercised its right to be heard by a panel comprising board commissioners of the FSC.

4. SSL, through its attorneys, made oral representations, which supplemented written representations regarding the FSC’s intended action to suspend its licence and why it should not be taken.

5. SSL’s attorneys argued that the issues highlighted as the basis for the notice of intention to suspend had been satisfied, and as such, suspension would not be an equitable or proportionate action by the FSC.

6. After the hearing ended, the board secretary wrote to the FSC board requesting a vote on the final action to be taken.

7. Secretary’s note to the FSC board: “... SSL met with a panel of FSC’s commissioners on Friday, February 17, 2017, regarding the proposed suspension of their licence ... . SSL was afforded the opportunity to be heard. Given the steps taken by the company along the path of addressing the problems identified, the panel decided to require an undertaking from SSL’s board of directors to rectify the situation within given time frames instead of proceeding immediately to suspension. The proposed terms of the undertaking are in the resolution. Kindly indicate whether or not you agree with the proposals in the resolution.”

8. The FSC board agreed to the resolution with the proviso that SSL be told in no uncertain terms that failure to comply with the board undertaking would lead to automatic suspension.

9. On February 28, 2017, the FSC wrote to SSL’s lawyers, further to the hearing, requiring the board undertaking that included specific actionable steps, which were to be signed by all SSL board members noting that failure to implement or carry out the corrective actions in the undertaking by August 25, 2017, would lead to the suspension of SSL’s licence.

10. The board undertaking, committing to the specific actions, and signed by SSL directors, was received by the FSC on April 7, 2017.

11. Subsequently, based on the FSC’s review of the submissions made as a part of the undertaking, SSL was deemed to have satisfactorily addressed the deliverables itemised on the undertaking of April 2017.

12. The FSC wrote to SSL on August 29, 2017, indicating that after assessing its submissions and based on representation made by staff in regard to the April 2017 board undertaking, the entity was in compliance.

13. A letter was then sent to SSL advising that the FSC had discontinued its proceedings to suspend the licence of the company and that by virtue of its compliance with the undertaking of April 2017, the directions issued to the company in 2013 were also lifted.