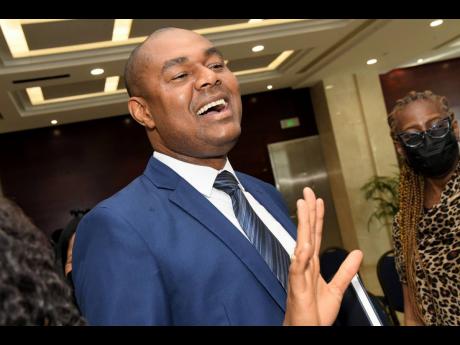 Finance and the Public Service Minister Dr Nigel Clarke, who made the announcement on Monday, said that Byles will be joined by three other new members of the board effective Monday.

Another appointment is to be made to the FSC board, but Clarke said he would not make the announcement at this time.

He said that four members of the current board of commissioners had volunteered to vacate their posts to allow for the new appointments.

The board commissioners who remain are Irwin Burton, former deputy CEO of GraceKennedy; Dennis Brown, retired partner of PwC; Kenisha Davis, attorney-at-law; and Hilary Robertson, senior director at the BOJ on secondment to the Ministry of Finance.

Kerron Burrell, chief prudential officer of the Bank of Jamaica, will succeed Everton McFarlane as executive director of the FSC following the latter’s resignation in the wake of the $3-billion fraud at Stocks & Securities Limited, the investment firm regulated by the FSC.