Croskery house casualty of debt; not linked to SSL – lawyer 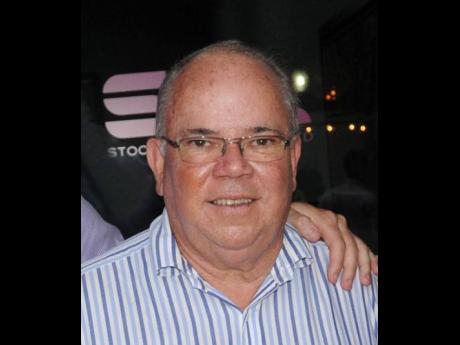 Retired bakery owner George Chai is dismissing reports that he has obtained a court order to seize houses belonging to Hugh Croskery, founder of fraud-hit Stocks & Securities (SSL), in a debt matter.

Chai is a shareholder of SSL, a private investment firm reeling from an alleged $3b fraud.

His attorney, David Wong-Ken, says there was an issue over debt but that was resolved in September last year.

“George negotiated with Mr Hugh Croskery to settle some private debts and obligations, including the settlement of a mortgage over one of the same houses that Mr Croskery agreed to transfer to George in settlement of those debts,” he said on Monday.

He added: “It had nothing to do with the accounts at SSL or anything else.”

Wong-Ken said during the negotiations, there was no court order for the seizure of properties belonging to Croskery.

“I don’t know where that is coming from,” he said.

The mortgage matter stretched back to at least 2014.

The lawyer declined to say what led to the debt matter.

At the same time, he denied claims that it was linked to monies Chai purportedly loaned Croskery to help SSL address its financial problems.

Croskery on Monday declined to speak on the issue, including his relationship with Chai.

Meanwhile, Wong-Ken was not specific on whether Chai was affected by the alleged fraud that has impacted investment accounts held by at least 40 SSL clients, including Jamaican sports icon Usain Bolt.

Croskery is also executive director of SSL, which is now under temporary management by the Financial Services Commission, the state regulator for securities such as bonds.

He said he has not been interviewed by local law enforcement.

“I’ve had no phone call, no appointment, no meetings, whatsoever,” he shared in a rare comment on the fraud scandal that has raised questions about the internal controls at his brokerage firm.

Croskery’s son Mark has also made his first public comments on the case that seeped into the public domain on January 12.

“I am not aware of any fraudulent activity at the entity during my tenure there. Consequently, the issues raised in the public domain concerning SSL have nothing to do with me,” said the businessman who was CEO of SSL from May 2007 to March 2018.

He said he intends to “fully cooperate” with investigators if approached.

“Contrary to reports in the media, I am not aware of any effort by any investigator to reach me,” Mark said.

Finance Minister Dr Nigel Clarke says the leadership of SSL over the years needs to be held accountable for their stewardship.