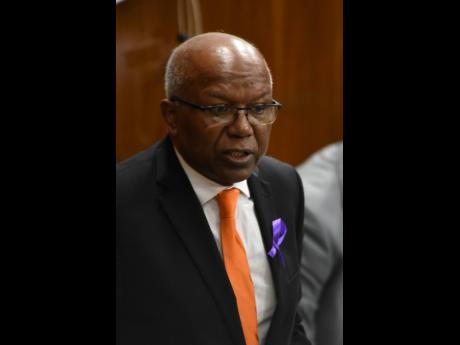 The main findings and recommendations were shared at a Ministry of Health & Wellness media briefing on Tuesday.

Guy told The Gleaner that he was not satisfied with the release of a summary.

“This suggests, just like when the minister hid that occurrence at the VJH, that the ministry has reasons to hide something. I asked for a timeline on PAHO’s intervention and this is being withheld.

“The report from PAHO should indicate what was the basis for their intervention at Bustamante Hospital for Children and Spanish Town Hospital,” he said.

Guy, a medical doctor, said that when the country became aware of the neonatal deaths last year, there were concerns that the Government was not providing sufficient funds for the adequate cleaning of facilities.

PAHO’s recommendations point to a deficit in the cleaning and infection protocols at the assessed public-health facilities.

When asked on Tuesday if PAHO’s full report would be made public, Health Minister Dr Christopher Tufton said it was not customary to release reports of a technical nature in their entirety.

“It may be a technical report, but give the report to the nation so that all concerns and suspicions as to why the initial incident was shielded from the public do not follow similarly with this report. More suspicion will attend to this abridged report,” the opposition spokesperson said.

Guy said publication of the full report would allow Jamaicans to understand how PAHO viewed the measures implemented by VJH and the regional health authority.