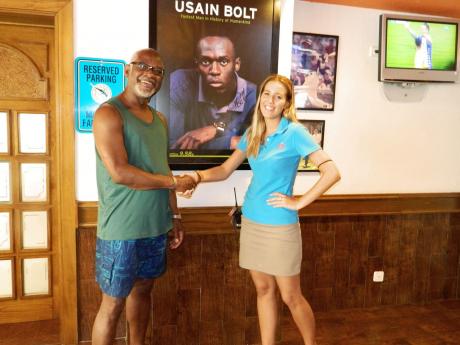 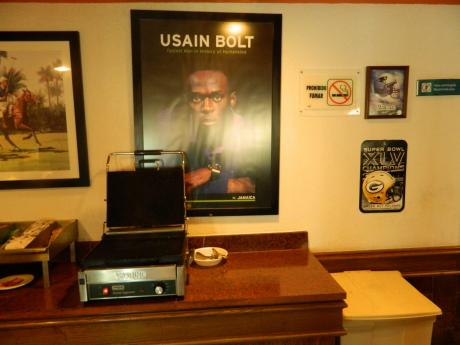 Recently, on my vacation on Mexico's Pacific coast, at the Riu Vallarta, I watched some of the Copa America football matches at its sports bar. Although Jamaica lost all three matches, I was somewhat satisfied because they gave a good account of themselves, particularly against the Messi-led mighty Argentinians and the aura of the living legend, Usain Bolt, present in the bar. The combination had maintained my spirits.

The disappointment I felt was when I noticed a portrait of Mr Bolt, 'Fastest man in history of humankind', and moved closer to scrutinise it. Its location, I deemed to have been inappropriate, and must have been chosen by one unaware of the feats of the man looking out from that nearly one-metre frame.

The portrait was placed on a wall above a grill, which, when, open, blocked the details of Mr Bolt's 100m world record and disperses the steam from the foods being cooked. Also, a garbage bin was adjacent to all that!

As a big fan of Mr Bolt, I promptly decided to take steps to rectify this lapse of protocol. Mr Salvador, a front-desk representative, was made aware of my concerns and promised to speak with the manager to consider my proposal to relocate the portrait. This was June 13.

A couple of days later, I presented my case to Assistant Manager Violeta De Pablo Martin, and suggested a more appropriate location befitting the achievement of this superb athlete. My arguments struck gold! She promptly radioed a maintenance staffer to attend and relocate the picture to the upfront location I had suggested, as the second photo shows.

I must mention that SeÒora Martin, who has spent time in Ocho Rios, is an admirer of Jamaica and the Reggae Boyz and, I believe, had contributed to the decision to relocate the portrait in less than the time Usain took to sprint the 100m!

But, I was now faced with a humongous decision - in less time than Usain took to sprint the 200m! SeÒora Martin wanted a Reggae Boyz jersey to add to the collection of the famous teams displayed in the bar. Should I give up my authentic replica 1998 World Cup Reggae Boyz jersey which I wore when Jamaica played?

My heart and history did not allow me. Instead, I promised, on my next trip to Jamaica, I would endeavour to acquire autographed jerseys from Mr Bolt and the Reggae Boyz to donate to the sports bar on my next trip to Mexico in the New Year.

Now that Mr Bolt is upfront in Mexico, I am also confident that he will be upfront in an exhilarating performance and ahead of former drug user Justin Gatlin next month in Beijing.