Letter of the day: Is National Alcohol Policy a pipe dream? 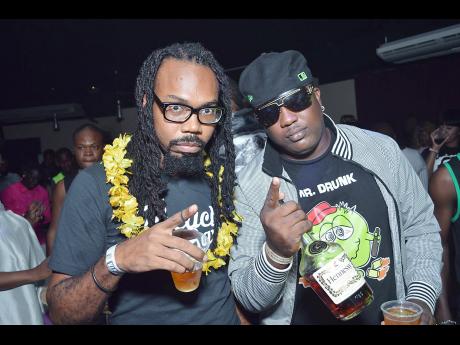 It is difficult, however, to see the possibility of achieving the policy's target of a three per cent decrease in alcohol consumption by 2018.

I must remind that this feat is nothing like the challenge the ministry continues to face with the tobacco-control initiative, as stringent regulations and policies are already in place to support that cause.

The World Health Organization (WHO) states that the harmful effects of alcohol are determined separately by volume consumed and patterns of drinking. The WHO recommends to policymakers many measures, among which include the effectiveness of marketing regulations, in particular to young people, and the reduction of this demand through taxing and pricing mechanisms. In many developed countries, alcohol policy is similar to that of tobacco, where advertising and pricing are the most highly regulated forms of marketing in the world.

Jamaica is unique, with a myriad of socio-economic and lifestyle factors that demand a more rigid approach to the challenge of alcohol overconsumption.

Our youth are heavily exposed to an entertainment lifestyle as part of a culture where there are even more reasons and occasions to drink and the purchasing age is not enforced. Alcohol is readily available - from corner shops to nightclubs.

As the minister stated at the National Alcohol Policy Workshop, statistics show that alcohol remains the most widely used substance among adolescents.

Within developed countries with a mature market, advertising and marketing campaigns compete with other brands for market share. In Jamaica, however, the marketing and brand-centric sponsorships in the masses and price specials hawk on the fresh youth of our society. The ongoing trend of different vodka variants with youth appeal and the penetration of flavoured beer seek to create new consumption among the most vulnerable - our youth.

How then can the minister's proposed social-marketing awareness campaign run concurrently with the 'noise' created by the multimillion-dollar appealing alcohol campaigns?

The awareness campaign is set up to fail. With any decrease in alcohol consumption comes a decline in alcohol sales. There will exist, then, a greater need for local and foreign-owned alcohol companies to invest and pump more dollars into campaigns that target young people, in an effort to regain volumes.

Does our Government have an unlimited budget to continue with an awareness campaign as a response to this guaranteed reaction from alcohol companies?

What about legislation, regulation and taxation? Surely, these same foreign alcohol companies willingly comply with other countries such as Kenya, France and Norway that are valiant in their fight against non-communicable diseases.

To get bold results, we need bold measures, not an almost ineffective social marketing campaign that may indeed bring about awareness, but an insufficient shift in youth consumption.

I, as many citizens of this country, hear and read of the proposed initiatives made by our Government, but wait to feel the grit necessary to accomplish the ambitious target set out by the National Alcohol Policy.