If Ronnie Thwaites would only call back 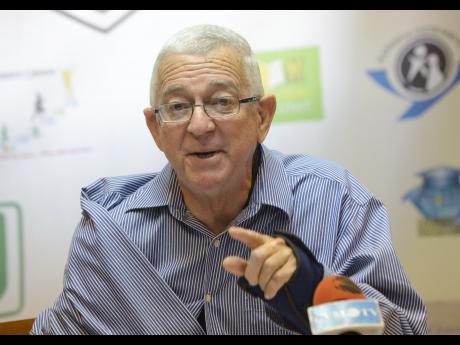 Rudolph Brown
Minister of Education Ronald Thwaites speaks to journalists at a Ministry of Education press conference on Thursday.

This is an open letter to Education Minister Ronald Thwaites.

I wrote to you on January 7, 2015, requesting letters of appointment for two trained teachers from Vision Plus Early Childhood Institution, resulting from a merger between Georges Plain Primary School and Vision Plus. I also requested financial grants for two untrained teachers, and the cook who served Vision Plus for more than 16 years, and who are now displaced because of the merger.

In your kind acknowledgement of the receipt of my letter, you said that the matter of a merger was the responsibility of the regional office and the chief education officer and that you referred my letter for attention: This was January 23, 2015.

Until this day, neither the chief education officer nor the regional office has contacted me.

On June 11, I wrote you a letter, Minister, reporting that one of the two teachers in the merger received a telephone call from the Ministry of Education asking her not to return to that school in the next academic year as the ministry will only employ two of the three teachers who came for the merger.

In that letter, I pointed out that the plan was that the schools taking part in the merger would bring their student body, trained teachers and caregivers. Vision Plus carried 45 students, and two trained teachers: the other school did not take any student, but one teacher from that school showed up for the merger.

By this act, the Ministry of Education has breached the merger, and I appealed to you to intervene and assure morality and justice.

On July 15, 2015, I sent a letter requesting that the Ministry of Education correct an error in which a child was placed at a high school in which she would have to travel a total of 44 miles every day.

Unlike you, Minister, I have received no reply, and nothing has been done about these complaints. I have made 25 telephone calls, trying to speak with you, Minister, on these matters without any success: and even after I spoke to you in person at a thanksgiving service in Montego Bay, and you told me to try again, I have tried, and day after

day I keep waiting for your call, but it has never happened. My worst day was July 30, 2015 when I waited at my desk for your call as promised by your secretary, from 10 a.m. to 12 p.m. When I called back at 1:30 p.m., I was told that you would then speak with me; your secretary said I should hold the line while she would get my letters to you.

I kept on holding the line waiting to speak with you, Minister, until it was then 4 p.m. when I hung up and tried to call again, but received no answer.

It is for this reason that I am using this medium to contact you, Minister.

I am so very sorry that you had a fall and hurt yourself, but I pray that you will be well again soon.