Lauding Lowrie-Chin for giving me a chance 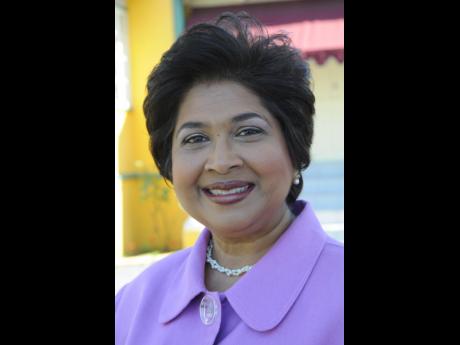 Many may know Jean Lowrie-Chin in her capacity as the founder of The Gleaner's Flair Magazine  , PROComm, PRODEV, the Caribbean Community of Retired Persons (CCRP), a soul-dancing poet, a Facebook friend or an avid communicator on Twitter. How many have known her to be a nation builder through h  er investment in Jamaica's young people?

Needless to say, many of us who call ourselves communicators, PR specialists, media personalities and the like have been schooled by none other than Jean Lowrie-Chin. I am no exception.

In a 2013 Gleaner article, it was reported that more than 20,000 university graduates would not be able to find jobs in the Jamaican private sector.

a foot in the door

In May 2011, I graduated with an MA in communication studies. Nearly 30 application letters later, I received no calls, no emails and, quite frankly, no interest in hiring just another 'kid' who just graduated from college.

We all need a foot in the door and just one employer to give us that chance. I am humbled and proud to say that Jean Lowrie-Chin gave me that chance.

The efficiency of her company and her HR consultant, Mrs Dorrett Linton, gave a disheartened 26-year-old renewed hope that God was not sleeping.

Governor General Sir Patrick Allen once noted, "There is nothing wrong with Jamaica that cannot be fixed by what is right with Jamaica." It is in this spirit that Jean Lowrie-Chin continues to invest in Jamaica's most precious asset - its youth.

I would like to publicly thank Jean Lowrie-Chin and Hubert Chin for a very important gift - a chance in corporate Jamaica.