A tribute to Julian Bond 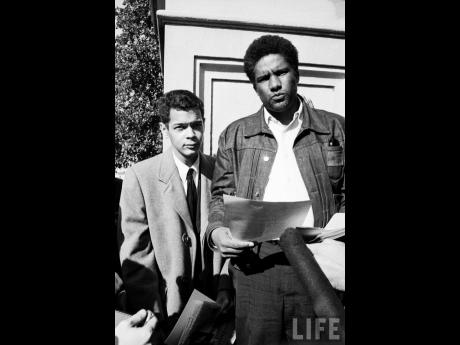 Words cannot describe my personal feeling of loss on being advised of the death of my friend and great champion of civil rights in the United States (US). I refer to that great Atlanta legislator, Julian Bond.

From the late 1960s, when we first met through my brother Dennis, we shared many visions and ideas and I had the honour of bringing him to Jamaica during that period of turmoil and intense championing of the rights of the Negroes in the US.

How vividly I still recall his first visit, which opened up the blossoming of what I still call my Atlanta connection and experiences.

How I witnessed first-hand with my brother Dennis the unfolding of the battle led by Dr Martin Luther King, and all the later years of growth and development of the Atlanta outreach, much of which he continued in his chairmanship of the National Association for the Advancement of Coloured People.

Rest well my friend, as I continue to cherish the memories of time together, and, hopefully, the legacies yet to bloom in the black man's fight for equal rights and justice.