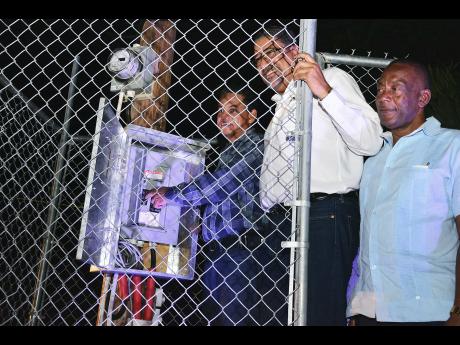 The Government has rightly decided to light the highway from the Sangster International Airport going east to Lilliput, a project financed by the Tourism Enhancement Fund (TEF).

The TEF has spent millions of US dollars to accomplish this project. This seems to be a lot of money, but the road was very dangerous to both locals and tourists, so the expenditure was well worth it.

What is wrong is that no provision has been made for the protection of the lights. I personally had asked that protective barriers be placed around each light, but this was ignored even though we have a history of motorists destroying street lights and traffic signal stanchions across the island.

Second, it appears that the source of power is by way of an exposed PVC conduit in the side of the stanchion that can be easily cut, either by accidentally cutting of the grass around the stanchion or intentionally by a vandal.

The lights were commissioned by the ministers of local government and tourism on July 30, 2015, and already four of the lights have been knocked down and destroyed!

In a news article describing the opening, both ministers appealed to the motoring public to protect the lights and assured that measures would be put in place to have the insurance company of any vehicle that collides with a light stanchion pay for the replacement.

Ministers, we have four lights destroyed. I wait with bated breath to see when these lights will be replaced. It would be interesting to find out if the guilty persons have been identified and if the matter has been reported to each of their insurance companies.