Letter of the day: Respecting our flag 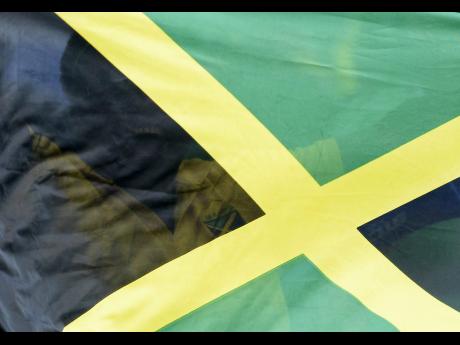 Jamaica has once again put her stamp on the world as a giant in athletic sports. We laud our athletes and thank God for giving them the strength to perform and for giving these talented human beings to Jamaica.

Which makes for a glaring and serious blunder of national and international proportion in the inconsistency of the colour GOLD in our flag as various embarrassing replicas are given to our athletes to carry when we win an event. The flag is black, green, GOLD. The watered down yellow in some of the flags which we import does exactly that, waters down the standard foundation upon which the nation is building.

If the meaning of our flag is significant, then the colours must always, without fail, correctly represent that significance. Not only that, the handling of the flag must also be of significance, as the flag should not be tied about the body or placed on the ground, or bundled up like old clothes, etc. These are seemingly simple standard instructions, but we still do not have these right. Thus, there is no righteousness in how we handle the standard of our nation, and as such, this is being translated into the literal lack of righteousness in how we exist as a nation.

For example, take a look at the videos of both the men's and women's races at the 2012 Olympics in London. After we get past the celebrations, if we look at the flags which we held up to represent our nation, we will see the glaring inconsistency in the colour ranging between light yellow and gold.

This continual mistake is unfortunate, because it makes us look ignorant.

It is hardly likely that another country operating at the level we are in the international arena where it becomes a truism that: "di higher di monkey climb, di more im expose", is experiencing such confusion in the colour and use of their flag and in the correct words of their national anthem.

Thus, the exposure of the lack of cogent understanding of the words of our anthem and the colour and significance of our flag is exposing the ignorance and carelessness which is influencing our nation at every level, with no relief. This makes it even more significant as those looking on must wonder what are our "true colours".

It is sadly disturbing that such a national mistake is continually brought before the international community year after year since independence, and we, of course, unabashedly strut the ignorance.

It is time for this obvious confusion to be corrected in tandem with The Turn of our nation to the path of righteousness upon which we pledged to "play our part in advancing the welfare of the whole human race".

The flag of the nation is called its standard because its meaning is to be a metaphor for the immovable foundation of hope and integrity upon which the nation builds.

It might be appropriate to gather every flag that is not the true Jamaican flag and have a ceremonial bonfire, after which the authentic flag is raised for now and for posterity.

We must fix this confusion as to what are the true colours of our flag and the correct words of our National Anthem as a first step; to establishing "what is right about Jamaica".