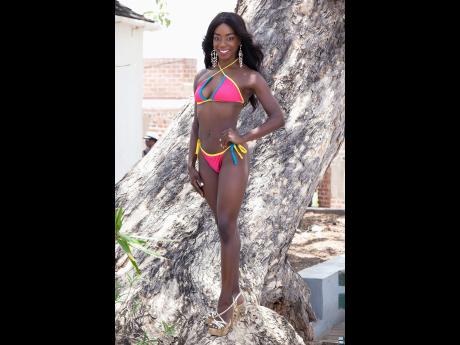 I was a contestant in this year's Miss Universe Jamaica pageant and recently shared the following thoughts on my Facebook page.

"If you haven't visited Jamaica in a while and only follow the major publications on social media, I'm here to inform you that there are indeed black people in Jamaica that look like me. I was disappointed by the selection of the top 12, not because I wasn't in it, but because out of 25 girls, only two girls with a skin tone reflective of the majority of the Jamaican population made the cut. The top six question-and-answer section could've been edited with a Spanish voice-over and you wouldn't have known the difference.

"I experienced so much self-loathing and classism during my time in Jamaica as a contestant, and it really hurts my heart that a nation whose motto is 'Out of Many, One People' seems to have forgotten what 'many' looks like. We were given six potential questions and I was hoping that I would make it to the top six, so I could answer one question in particular.

"Making it to the top 6 was clearly not in the cards for me because I didn't pass the brown paper bag test, but here is the question and my response.

"'What is the biggest change that you would like to see for young women of the next generation?'

"I would like to see a change in the way we define and portray beauty to young women. While young women are growing and forming their own opinions about themselves and the world around them, they are extremely impressionable, and our actions and decisions set precedent.

"It's crucial that, here in Jamaica, we let girls know that that the fairness of your skin and the curl in your hair aren't prerequisites for success or beauty."