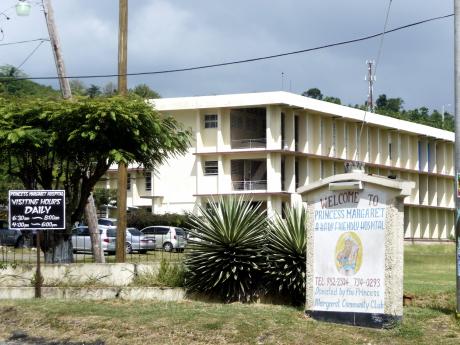 While I have often heard reports about the mistreatment to, and disrespect for, clients by employees of public-health facilities, I did not want to believe those reports to be true until I was faced with the abhorrent behaviour of a male porter and a female security guard attached to the Princess Margaret Hospital in St Thomas on the evening of August 27.

I am sure that one of the duties of a porter is to support patients, such as helping them to move around the hospital - for example, from a ward to an X-ray department. You would help them into wheelchairs or onto trolleys. You would also take them to appointments and bring them back to their ward.

While I am also aware of the duties of a security guard in securing the hospital and its affiliates (doctors, nurses, wardens, porters, clients), there is nothing wrong in lending a helping hand, when the need arises, as being a member of the service industry requires you to go above and beyond in providing quality and exceptional service to the community.

On August 27, I was with a friend who went to pick up a patient and his son at Princess Margaret. The patient was an old man in a wheelchair and his son had quite a bit of difficulty trying to move his dad from the wheelchair into the car. A female security guard was right there, singing and dancing, and the male porter was just standing there, which moved me, as an onlooker, to say, "The gentleman is in need of assistance, which is your duty, so can't you help him?"

I was greeted with the most disrespectful response, which was, "Lady, you a problem, so keep your problem to yourself now."

Behaviours of this kind should be eliminated from the service industry, meaning that that porter has no place to be in such an industry. Now, while his behaviour is just rude, the security guard was just as disrespectful in joining the porter to give me a 'proper cussing'.

I won't lie and say I held my composure. I did not. I was very clear in telling them they deserved to be behind cows and pigs, and that they had no place being in the service industry.

While to most, it's just their behaviour, to me, it speaks a lot about the reputation of our public service industry. As I like to say, "You are your business."

Now, for a hospital with such a prestigious name as Princess Margaret, one would want to think that the employees would try to uphold the standards of service. The hospital management needs to ensure that quality service is delivered by a competent, motivated, and caring team.