'I said nothing wrong' - Davon Crump 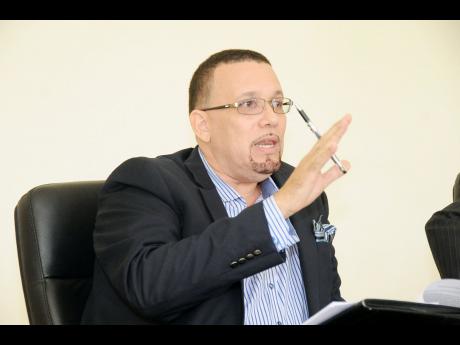 I have read with interest The Gleaner's editorials calling for an apology from me for my comments endorsing boycott as an option if specific Chinese-owned businesses continued to improperly dispose of garbage and have no input in community development.

I hasten to add that my stance would apply to any business owner regardless of race.

My comments were made while addressing the issue of the influx of Chinese nationals and their lack of integration as tabled by journalists from The Gleaner.

Note also that I was speaking in my capacity as a concerned resident of Montego Bay and citizen of Jamaica and not necessarily as someone with ties to the Montego Bay Chamber of Commerce and Industry.

While I understand The Gleaner's need to sensationalise comments, I am quite taken aback by the editorials labelling me as anti-Chinese and xenophobic, which I most certainly am not. I strongly reject any such labelling of me by The Gleaner, especially since this was an issue raised at a Gleaner Editors' Forum, giving clear indication that this newspaper is quite cognisant of the challenges being faced by the Montego Bay Chamber of Commerce and Industry and the local authority with respect to how some Chinese business owners operate, especially those in downtown Montego Bay.

Should one then conclude that it is The Gleaner that is anti-Chinese and xenophobic in its outlook?

The deplorable state that downtown Montego Bay is currently in dictates that we have to get accustomed to making the hard decisions that will ultimately bring about the desired results.

A cleaner downtown Montego Bay is a shared desire among all well-thinking Jamaicans. If a boycott of specific businesses that refuse to comply with the statutes of the National Solid Waste Act will mitigate one contributory factor to this state, then so be it!

Simply put: I stand by my comments. After careful consideration of what I said, even in the heat of cut-and-thrust discussion and having weighed my comments, I haven't found them wanting of an apology because I said nothing wrong nor anything of which I am to be ashamed.

Past President, Montego Bay Chamber of Commerce and Industry