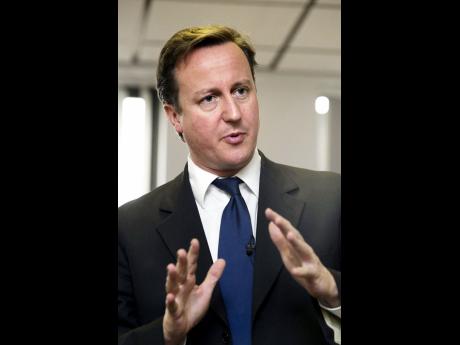 Our committee in Guyana hopes Prime Minister Cameron will be reminded of the United Nations Declaration in Durban, South Africa, in 2001, which stated:

" We acknowledge that slavery and the slave trade, including the transatlantic slave trade, were appalling tragedies in the history of humanity not only because of their abhorrent barbarism, but also in terms of their magnitude, organised nature and especially their negation of the essence of the victims; and further acknowledge that slavery and the slave trade are a crime against humanity and should always have been so, especially the transatlantic slave trade and are among the major sources and manifestations of racism, racial discrimination, xenophobia and related intolerance; and that Africans and people of African descent, Asians and people of Asian descent and indigenous peoples were victims of these acts and continue to be victims of their consequences."

Indeed, with a survival rate of 15 per cent over three centuries of barbarity, the enslavement of Africans was a genocide still too large to be fully comprehended. Slavery was the world's first nuclear bomb. It annihilated Africa, African culture, African family structures, African institutions, African commerce, African growth, African history, African pride and African economic development.

Prime Minister Cameron's visit to Jamaica is even more important in that 2015 marks the beginning of the United Nations International Decade for People of African Descent. His trip, therefore, offers the prime minister, and Britain, the opportunity to begin the process of embracing the truth of slavery's historical beneficial legacies for Britain and, therefore, an equal opportunity for Britain and the prime minister to act decisively and morally to correct the world's greatest legacy of brutality and criminal enrichment.

1. Were the owners and traders of enslaved Africans;

2. Created the legal and fiscal policies necessary for the enslavement of Africans;

3. Defined and enforced African enslavement and native genocide in its national interest;

4. Refused compensation to the enslaved with the ending of their enslavement;

5. Compensated slave owners at emancipation for the loss of legal property rights in enslaved Africans;

6. Imposed a further 100 years of racial apartheid upon the emancipated;

7. Imposed for another 100 years, policies that perpetuated suffering upon the emancipated and survivors of genocide, and;

8. Have refused to acknowledge such crimes or to compensate victims and their descendants.

Britain is still one of the world's great powers and has the ability to lead by its actions. History will be the judge of this momentous occasion where a sincere apology and positive steps to find solutions can be made.

The Guyana Reparations Committee congratulates the Jamaica Reparations Commission of this bold step of Caribbean consciousness and looks forward to Prime Minister Portia Simpson Miller and Prime Minister David Cameron creating a global mission statement of truth and justice that will parallel the words of the Pope in his most recent trip to the United States.