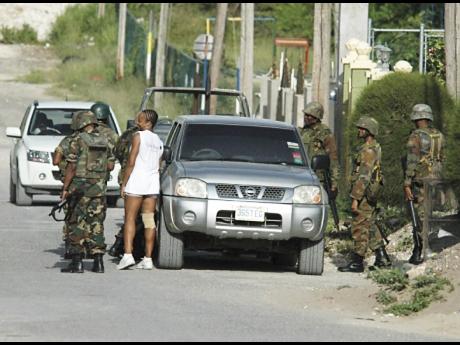 The horrendous acts against residents of Logwood in Hanover that left six persons dead, four injured and their home destroyed due to arson must be condemned and the perpetrators must be caught, prosecuted and sent to prison for the rest of their lives.

It is truly a traumatic experience, and I can only imagine how difficult it must be for the family members and, by extension, the community to cope with this dastardly and senseless act.

From the news story that residents are moving out because they are fearful that they, too, will lose their lives, it is clear that the police-military presence does very little to comfort residents because, like with most Jamaicans, there is a critical lack of trust and confidence in the security forces. This resulted mainly from their incessant abuse of the rights of citizens and their wanton disrespectful and unprofessional conduct.

In addition, they take an inordinately long time before they can apprehend perpetrators.

I cannot blame residents for taking matters into their own hands at times, particularly when they fear and feel as if they have no other choice to defend themselves.

Unless and until the authorities overhaul the Jamaica Constabulary Force and weed out the corruption and modernise it to the point where police officers are well-trained and equipped to investigate crimes, and to effectively prosecute the scum of the earth that is making lives miserable for citizens of this country; and unless and until the police operate in a manner consistent with vigilance, professionalism, understanding, perceptiveness, care and respect for the rights of citizens, then this crime monster will never cease to exist.

The time is now and it is extremely important for the security forces to renew the trust and confidence of citizens and show respect, so that we may be inclined to assist with the crime-fighting efforts. It is too high a cost for us to lose our citizens and investments, especially from overseas, because the security forces appear to not know what they are doing. Our prosperity depends on decisive actions in putting away criminals.