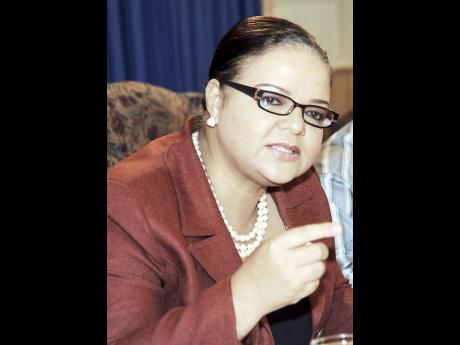 With expectations high that the life of the current Parliament will soon come to an end consequent upon the holding of our 17th parliamentary elections, I am most disappointed that the long-promised and needed Anti-Sexual Harassment bill has not been brought to Parliament and enacted into law.

Minister Sandrea Falconer in private conversation with me in December 2012 admitted to having portfolio responsibility for gender affairs and finding a mere draft sexual harassment policy left behind by her immediate predecessor, Olivia 'Babsy' Grange.

According to her, nothing of significance had been done to advance the policy she inherited much further than when it was drafted years ago. In any event, she advised that the said policy document was turned over to the justice ministry for the drafting of a bill to be brought to Cabinet's legislative committee.

Exactly a year later, with no seeming movement towards passage, I followed up with Minister Falconer who, in her typical defensive mode, indicated that the bill was drafted and was going through the Cabinet legislative committee before being tabled. However, more important bills pertaining to the Extended Fund Facility were being given priority treatment.

Nevertheless, she noted the bill was expected to be brought to Parliament for passage by the end of the 2013/14 legislative year. Hogwash!

Well, we are now in the middle of two legislative years since and there remains no evidence that a sexual harassment bill is anywhere near parliamentary introduction much less passage. I suppose sexual harassment is not that important an issue after all.

Given the minister's record of performance, or the lack thereof, since she was so elevated in January 2012, I am by no means surprised that she has not afforded the issue much of any meaningful attention, except for her occasional meaningless promises about the bill coming soon.

For the good of the country, I sincerely hope that, should the People's National Party be afforded a second term in

government when the next parliamentary elections are held, the country will be spared the likes of Ms. Falconer who clearly does not bring much of any value to the legislative or governance process.