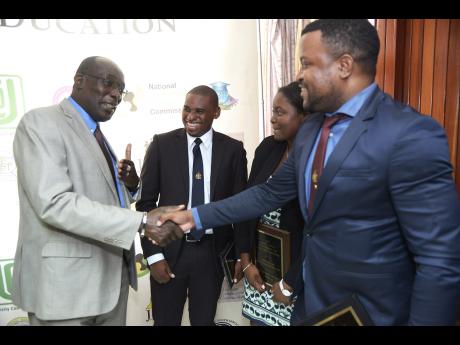 The Philip C. Jessup Moot Court is the most prestigious international law moot court in the world. I was a judge for the final round of this year's competition that took place in Washington, DC, on April 15. The other judges were James Crawford, who, like myself, is a judge of the International Court of Justice, and Bruno Simma, a former judge of that court.

When the respondents started to present their case, I got the shock of my life - their accent sounded familiar. They were, in fact, students of the Norman Manley Law School in Kingston, Jamaica. In the finals, the judges ruled in favour of the applicants, a team from Australia.

The significance of the Jamaican team's achievement in placing second in this contest is illustrated by the following statistics. In terms of international law moot courts, the Philip C. Jessup Moot Court has the widest global coverage, with 640 law schools from 95 countries participating. At the two-week stage of the competition in Washington which ended on April 15, 143 law schools participated. To reach the final, the Norman Manley Law School students had to win eight consecutive debates, sometimes debating twice in a day.

The moot covered several areas of international law, including the use of transboundary aquifers, the protection of cultural heritage, the human right to water and food, and the question of a host state's right to compensation for refugees. The issues raised were diverse and complex.

The Jamaican students had an excellent grasp of the facts and the law. The Norman Manley Law School was represented by Jhade Lindsay, Victor Brown and Anna-Kay Brown, coached by Marc Ramsay, an attorney-at-law.

Norman Manley would have been proud of the performance of these students. I am tremendously proud of their achievement, and so should every Jamaican.