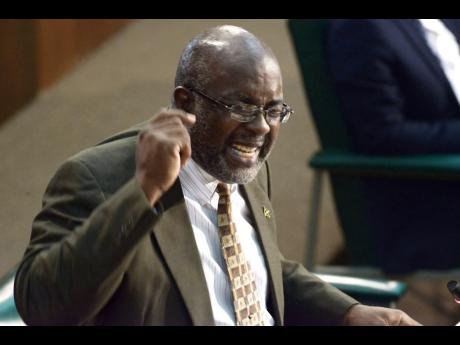 To tell you the truth, I support Member of Parliament Fitz Jackson's stance against the banks in Jamaica and the need to regulate them.

These banks make billions of profit each year and form part of a booming sector in an economy that grows by minimal margins each year.

An equitable system would have seen the economy growing in tandem with these enormous bank profits, but alas, these great earnings do not come from providing loans, it is coming from many and various service fees, many of them are either hidden or derived from some deliberate and complicated mathematics formulae.

Another important but disgraceful aspect of banking that the Government needs to legislate is the aspect of collusion amongst these bankers which they use to ensure that they secure their position.

My company cannot get a loan from my locally owned bank although I have placed millions of dollars in my account over the last five years.

The last time I was alerted to a Development Bank of Jamaica loan facility and I was given a lot of runaround from senior officers of the bank.

However, Mr Fitz Jackson should have been as strident when he was in government, and I find his actions to be like all our politicians only about themselves.

Any new legislation must ensure that banks focus on lending especially to small businesses who show a good track record.

Indeed, the banking act must now look at other players who are willing to do just that. Give out more banking licences with customer-friendly stipulations.

Many of our banks are large enough to affect nation building, however, they give little back into the economy. The nation's growth is going to depend on banks that deliberately support national development, and I am not seeing this happening.