Letter of the day | 'Licky licky' label is short-sighted 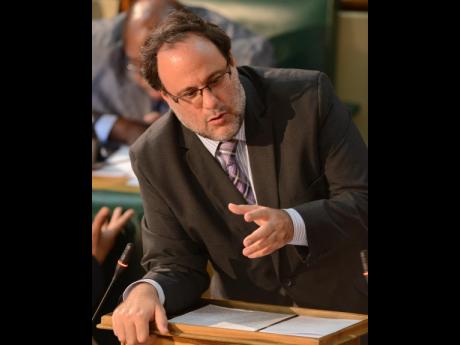 File
Leader of Opposition Business in the Senate, Mark Golding

It is sad, isn't it, that the call by Senator Mark Golding, on behalf of the Opposition, for our Government to take a clear, principled stance regarding the misfortunes that have befallen the people of Venezuela has been immediately labelled "licky licky"?

Of course, the rule of law must be, and be seen to be, adhered to in Venezuela. However, Jamaica, like all the countries of the hemisphere whose economies have been so greatly assisted over time by the kindness of Venezuela, must surely present a clear and studied position regarding the challenges faced by its people in this their time of such deep distress. And Jamaica's OAS April vote did not cut it.

A show of ingratitude is exactly what caused that awful never-to-be-forgotten demonstration exercise against President Ch·vez by the then Jamaica Labour Party Opposition in Montego Bay when the life-saving PetroCaribe was about to be born.

It is that same mindset which has now spurred the horribly short-sighted 'licky licky' label. It is frightening to note that an arrangement such as PetroCaribe, which has benefited the entire country and not the People's National Party, be viewed as 'licky licky'. The Opposition maintains that, in Jamaica, we are a thousand times better than that. Ingratitude is a curse that leaves an immovable stain.