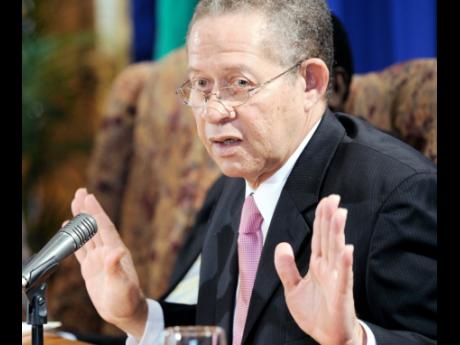 Latin American republics are much vaunted for achieving independence through armed resistance. They are equally well known for allowing subversion of the social contract between their majority ordinary citizens and those who led the struggle for independence.

This subversion is by an economic compact between their minority wealthy elites, whose sons and daughters dominate the military hierarchy, and external public interests who have an agenda for concentrating and consolidating economic power in hegemonic centres.

No one should be surprised that Bruce Golding, former prime minister of Jamaica who is now honorary distinguished (research) fellow of the University of the West Indies, pretended he does not know this. He has done so by taking a stance on Venezuela that makes him the polar influence of the damaging dispute and division among CARICOM member states over support for a prejudicial OAS resolution against the beleaguered Government of Venezuela. As expected, the Government of Jamaica supports his position.

In my view, Golding knows better and, therefore, will be a redundant fixture at UWI, which, as the CARICOM regional university, is mandated to promote regionalism as the ideal.

The only caveat to this would be Golding's concession that he erred in not calling for public consultations nationally and regionally to formulate consensus on Venezuela prior to the OAS vote. He might even surprise us further by also conceding that his contradictory anti-egalitarian prescription was a hollow, misguided mea culpa.

The global games of imperial hegemony and social elitism do as much harm to the world as the treachery of tyrannical extremism. The colloquial expression coined by a Jamaican for this is 'no better barrel, no better herring'.