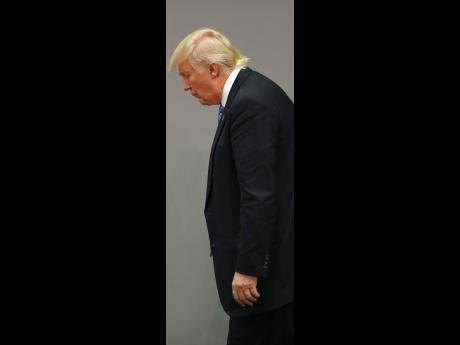 For months prior to Donald Trump's move into the White House, democratic leaders and sane republicans were warning that he was not qualified to be president. The struggling blue-collar republicans were convinced that this wealthy magician would make America great again. It didn't take long for them to realise that not many jobs are returning to American shores. Coal miners are still seeing jobs disappearing. The promise of jobs to renew crumbling infrastructure is proving to be a hoax.

The promised multibillion-dollar wall along the Mexican border is yet to be paid for by the Mexican government.

To the chagrin of some evangelicals, legitimate immigrants are still being allowed to enter the US from the middle east.

The Ku Klux Klan and modern-day Nazis are insisting that it is time for white America to take back their country from the Jews, the blacks, the Mexicans and terrorist muslims. President Trump, under stress from investigation concerning his friend Putin and the obvious powder-puff treatment of the racist organisations, is dividing the country and alarming the rest of the world.

The Republican Party is in turmoil as Trump is now proving that he is in fact not qualified to be the president of a once-respected democracy.