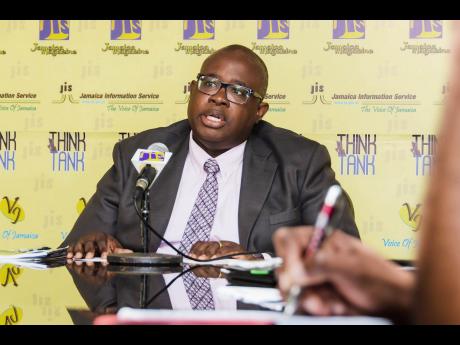 The politically appointed chairman of the Jamaica Anti-Doping Commission (JADCO), Alexander Williams, underscored the totalitarian emasculation of CEOs of state agencies and enterprises by their temporal political bosses, when he publicly dismissed its CEO, Carey Brown, recently.

Clothed with brief authority, he and his similarly appointed board colleagues trampled on the legacy of Brown and his namesake, Dr R. Danny Williams, and others they succeeded at JADCO, thinking it "robbery", apparently, to put egos and politics aside, and ask for the tightening of "loose screws" rather than making this the basis of requiring Brown's resignation and "firing" him for refusing the option.

Amusingly, the chairman thinks he has public support for the action, and that this is how he is expected to validate his mettle for governance in the public sector.

Not so long ago, R. Danny Williams, a colossus of corporate governance, was specially selected chairman of JADCO, after the integrity of its operations was deemed tainted by the World Anti-Doping Agency. He recruited Brown, under his board's oversight, to lead the restoration of the reputation of the critical agency that tests athletes for illegal performance-enhancing drugs. They averted a major crisis.

How then does Alexander Williams, or anyone supporting him, expect to convince the public that Carey Brown had so carelessly lapsed, thereafter, into dereliction that his position was untenable. Rubbish! Only the media found this pliable for sensationalism.

It is not a question of whether Alexander Williams and the JADCO board had the power to dismiss Brown. Instead, it is whether they were unjust, which in my opinion they were, in doing so. This coming on the heels of the similar public dismissal of Ian Andrews by the new board of INSPORTS, which the media also sensationalised without deep inquiry.

When you are dealing with the progressively acquired, sacred professional reputation of a person, you should treat it with extreme caution, especially when your action puts at risk the employment prospects of the individual. There is an upper St Andrew verandah suss culture, no less despicable than the 'informer fi dead' culture of the inner city, which the former hypocritically decries, that has recklessly defamed and disenfranchised targeted professionals in Jamaica.

It puts people's reputations whimsically on trial based on the way they are characterised by people like Alexander Williams and some so-called guardians of public and national integrity who have lately invented 'adverse trace' as a basis for targeted citizens to be excluded from getting licensed firearms and state contracts. There is absolutely no legal basis, in common or constitutional law, for the 'adverse trace' distinction. Yet, it goes unchallenged, while those who courted the electorate for state power cavalierly abrogate the rights of citizens after they are elected.

Eyes have seen, ears have heard, the public record of the travesties of power cannot be challenged.