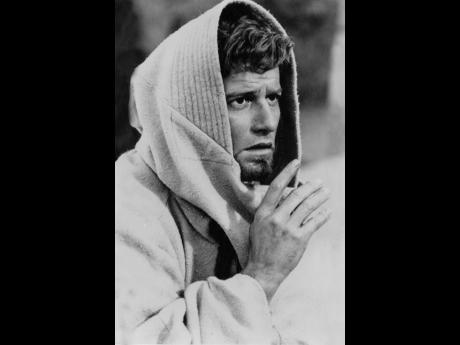 Gleaner Photo
Roddy McDowell as the apostle Matthew in “The Greatest Story Ever Told.”

In recent times, you have been publishing articles/letters written by persons singing the praises of their heroes and the contribution their organisations have made to society.

In the interest of fairness, I here submit some of the contributions that the Catholic Church has made to western civilization.

1. After the fall, God promised to send a redeemer to restore the broken relationship between Himself and mankind, and mankind and his fellow men. He started that process by calling one man, Abraham, out of his pagan society and built from that one man the Israelite nation through whom the Redeemer should come.

2. When the Redeemer came, He selected 12 men from that nation, called Apostles, trained them for three years, established a church with them as the first leaders commissioned them to teach all nations, telling them that whoever rejects their teaching rejects Him, and also rejects God the Father who sent Him.

3. The Apostles in turn appointed successors to themselves, called bishops, and invested them with their authority, and that succession continues (see Titus 1 as example). After 400 years, they compiled the Bible which, for the next 1,100 years, was handwritten by monks, priests and nuns.

5.Western laws grew out of the canon laws of the Catholic Church, including international laws to prevent the strong from abusing the weak. The church humanized the West by insisting on the sacredness of human life and the dignity of the human person. Public healthcare and hospitals were started by the Catholic Church along with charitable and social programmes, and the list goes on. There are also numerous persons who sacrificed their lives to bring us the Christian faith we have today.

There is nothing wrong in being proud of your achievements, but we should appreciate from where it all originated. Recommended reading: How the Catholic Church Built Western Civilization by Thomas Woods.