Why should Crawford apologise? 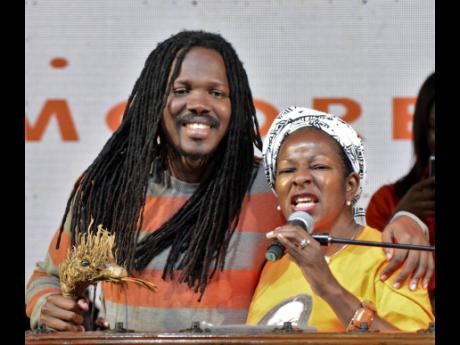 Dear Ms Patrice Ricketts, in regard to your letter to the editor in The Gleaner, dated Tuesday, March 5, 2019.

Can you tell me what is it that Mr Damion Crawford should apologise for?

Let me make this clear. I LOVE my MOTHER and SISTERS. I respect the very ground they walk on.

I was at that rally in Portland with my mother, sisters and sisters-in law, and at no time did I hear Mr Crawford say something that was disrespectful about this lady.

And I am certain that if he did, my mother, who was standing next to me, would have said something then and there. As a matter of fact, she would have walked away.

We need to stop this foolishness and listen to reality. The man was just stating the facts. Why is it we are so afraid of the truth? Yes, it does hurt at times, but it is what it is – the truth.

I have seen and heard the things that your same party used to say about our former female prime minister, the Most Honourable Portia Simpson Miller – all the negative things that were spewed at her. Not one time did you ask your party to stop, as she is a mother who knows how to care for her nation.

Stop being a hypocrite and only when the shoe is on the other foot it becomes a problem. Open your eyes and ears, listen and be educated of the facts, that was all Mr Crawford was doing. Educating the masses.

Why not tell your party to stop buying out the youths for $5,000 then neglect them after, like they did in St Mary. But instead, teach them how to fish so they can feed themselves and their families.