The day I met Edward Seaga 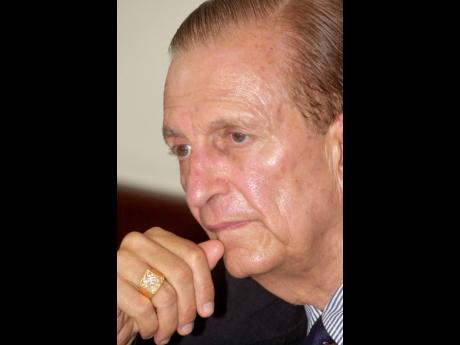 It was a cold night, around 9:00 p.m. The Jamaica Labour Party (JLP) was hotly campaigning in the Western St Mary area, where I lived with my wife in a one-bedroom dilapidated headman house on a 62-acre farm not easily accessible from the road, about 10 miles from Ocho Rios. My friend and the JLP member of parliament for the area, Mrs Hyacinth Knight, called me urgently, asking if I could see one of the members who had difficulty breathing. I hastily agreed.

When the party arrived at my door, Mr Seaga was the first person to enter. Stately and dignified, he greeted me with a smile, and I acknowledged his greeting more in amazement and surprise.

After I tended to the patient who had an asthmatic attack, we exchanged a few pleasantries. Mr Seaga asked what we had on the farm. I said birds, rabbits, goats, a few cows, 10 dogs, three snakes, and one crocodile.

When the subject of security of the area was broached (living in such an isolated area), I mentioned the effectiveness of the snakes over the dogs, especially when it was rumoured in the community that I released them (a bit of exaggeration) at night. We never had any break-ins.

By coincidence, he already knew my wife, who happened to be the daughter of R.O. Terrier, who was the JLP MP in Clarendon in the 1960s.

After the patient had recovered, Mr Seaga thanked me and went on his way. I don’t remember if he won that election, but he did win me over as a thoughtful and caring person. I often thought of calling him, reminding him of this incident. I now regret not doing so.