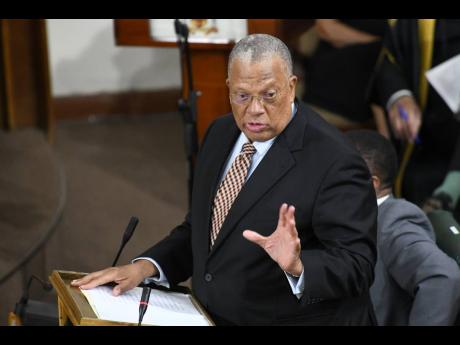 I have watched the contest for leadership of the People’s National Party (PNP) with Dr Peter Phillips and Peter Bunting.

For what it is worth, I have a nugget of observation of the Jamaican people to share with Dr Phillips.

Whenever there is a tragic death in a community and the television cameras go to the vox pop segment to get a sense of the character of the deceased, the first or second word those interviewed utter is “(s)he was jovial”. Even children who have met untimely deaths are remembered as ‘jovial’.

This concern with how jovial the deceased was ranks higher than any other qualities he or she may have had. Joviality trumps competence, discipline, being hard working, or principled. What the people like to remember is that the deceased was a jovial person.

Dr Phillips speaks, thinks, and acts like a competent, principled, disciplined, hard-working leader, but if the delegates are anything like the general Jamaican public, they will need or want a leader who is jovial, the antithesis of Dr Phillips, whose very speech projects his disciplined, principled, and competent nature.

Spare a thought for those who want a jovial leader, Dr Phillips!