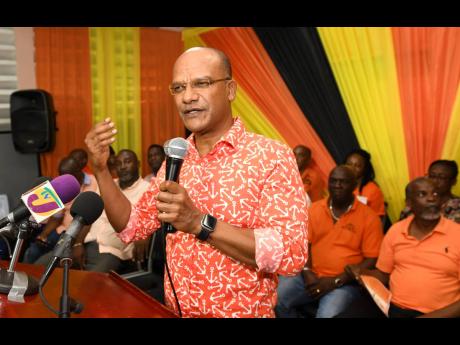 On Sunday, July 13, 2008, in his bid to challenge then party leader Portia Simpson Miller, Dr Peter Phillips said: “In response to the demands of thousands of Comrades, at all levels of the party, and the demands of citizens across the length and breadth of Jamaica, who have asked that I accept your nomination, to lead this process of renewal, my answer is a ­resounding yes.”

He went even further to admonish the PNP for abandoning the grass-roots principles of founding father Norman Manley, and Michael Manley, saying, “We need a PNP which is united once again, a PNP that recognises the value of the grass-roots workers and organisers. Time is too short, and the crisis is too great for us to fool around any longer, with the old politics of division and backbiting.”

We are now in 2019. Peter Phillips has been the leader of the PNP since March 2017. He has had more than two years to prove himself.

Now, more than ever, the PNP needs an inspirational leader, and it cannot be Peter Phillips. The party has lost its sense of purpose.

And inasmuch as Phillips recognised the issues facing the PNP in 2008, so should he recognise his own failures now and be man enough to step away.