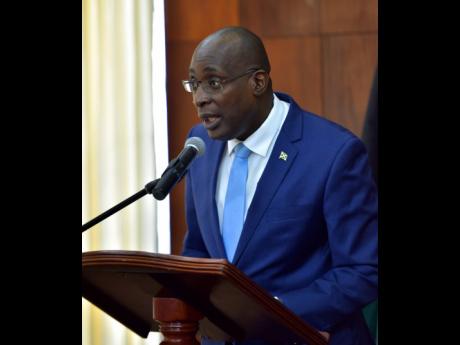 The events at the Ministry of Education in recent months have left most of us stunned. Although we have not yet realised it, the real reason is that we feel betrayed because we trusted Ruel Reid.

The less discerning among us will come to realise that there is always the possibility of betrayal, and maybe the safest defence against betrayal is not to trust anybody. That would be sad.

The money mentioned is mere chicken feed compared to what others keep squeezing from the dry udders of this hungry cow we call our country. From the proceeds, they are able to buy status, respectability, and even national honours, while the rest of us scramble for a chance to genuflect, then bask in the high-luminance bulbs that burn out so quickly.

My life was stolen by an attorney-at-law. In the ensuing days, as I contemplated the seismic effect of what was done, I also remembered the painful sacrifices that made that law degree possible. And the proud heads, held high because there was an attorney in the family. Then me. I had no one depending on me for sustenance. I have never spoken to anyone about this. Am I recommending a course of action to anyone? Absolutely not. But Ruel Reid has a family. And the members of that constellation were – quite deservedly – proud of his accomplishments.

Can I beg for some empathy? I do not need to know them to know what they are going through. So every time there is a new public expression of revulsion, every cute tweet or cartoon is like a big, sharp knife thrust deep, then twisted.

The hypocrites who scream for ‘something to be done’ know full well that the breadth and depth of this investigation takes time if credible charges are to be laid. And no amount of marching around the country will result in anything but the loss of a few pounds by the marchers.

Ruel Reid will get his just deserts. In the meantime, we must stop behaving like vultures. Can we just settle for a pound of flesh?