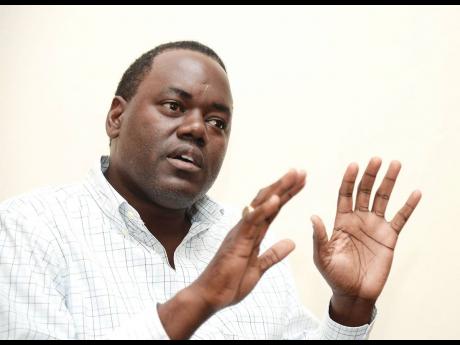 There are absolutely no words to describe how I felt when I heard the ugly utterance from Basil Waite, deputy general secretary of the People’s National Party, calling Jamaica Labour Party supporters “nasty nayga (nigger)”. This is especially galling at a time when we are celebrating Emancipation and Independence.

I was completely flabbergasted, dismayed, disappointed, and disgusted that a person holding such office in the PNP, and someone who is also seeking representation at a higher level, would describe hard-working and honest Jamaicans in that manner.

This is one of the most derogatory, degrading, and offensive words used to describe black people, which has been widely condemned. Why then should any politician be allowed to call our brothers and sisters by that pejorative term?

Basil Waite’s misguided and unfortunate utterances speak volumes to the disrespectful way he intends to treat those who do not support him in St Elizabeth North East should he be successful in his political ambitions.

I am calling on Mr Waite, the standard-bearer for the PNP, to retract that unfortunate and ugly statement and issue a public apology to the constituents of St Elizabeth North East.