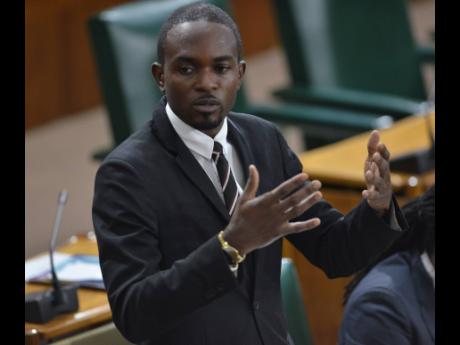 Why are Jamaicans so negative? The latest victim of public vilification is Dr André Haughton.

According to the court of public opinion, Dr Haughton has committed the cardinal sin of legitimising vulgarity and showcasing insensitivity.

Haughton outraged modern-day Victorians when he dared to suggest that profanities ought to be allowed in the dancehall space. Being a member of the Senate, Dr Haughton has to ensure that the law is predictable in its application. Obscenities are not permitted under Jamaican law; however, most people think that arresting a man for swearing is sheer stupidity.

Yet the reactions to Haughton’s proposal must not surprise us, because Jamaicans climax when they smear someone’s character.

Within a short time after his suggestion, he was quickly devoured by the vultures on social media. People with no relation to him were commenting on his intelligence and making snide remarks about his mental state. Eventually this saga ended, but more was in store.

In a parliamentary speech in which he paid tribute to victims of breast cancer, Haughton noted that “he is a breast man”. Indeed, the professional outrage artists quickly accused him of trivialising breast cancer. Some even foolishly opined that he was sexualising the matter.

But the reality is that these comments were not worth reporting. Admittedly, the venom inspired by Dr Haughton’s speech shows that Jamaicans are unserious people, unable to distinguish between triviality and substance. It appears that ideas and public-policy issues do not seem to entice average Jamaicans, because they are so enthralled by gossip and small-mindedness.

André Haughton is a distinguished young man who should not allow pseudo-intellectuals on Twitter to distract him. Unlike these individuals, he does not have the time to besmirch people online.