Letter of the Day | Fuel hedge – a risk without reward 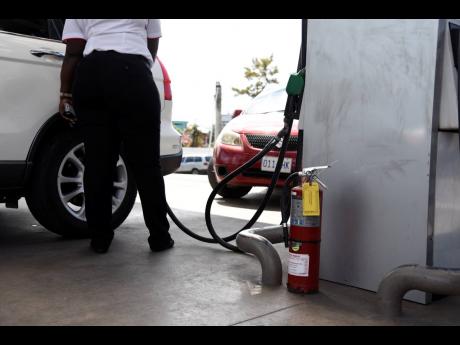 Nicholas Nunes/Photographer
An attendant pumps petrol at a Total service station on Shortwood Road on February 8.

In June 2015, a special consumption tax (SCT) on fuel of $7 per litre was introduced and the following year increased to $14.

The primary objective of the SCT was to utilise $5 from the initial tax to hedge crude oil prices and the balance diverted to the Consolidated Fund.

Their first go at hedging in 2015 was a disaster, as the technical committee locked taxpayers into contracts for 90 per cent of the country’s annual requirement above US$66 strike price as by January 2016, WTI traded at US$45 per barrel. Needless to say, those contracts expired worthless.

On April 20, 2020, oil prices dropped below zero for the first time in trading history as investors who traded in oil futures but don’t have capacity to physically take possession were forced to sell.

In the five years to March 2020, an estimated $30 billion was taken in as SCT on fuel, of which $3.3 billion was spent to hedge. Since 2016, no hedging contracts were written and the Government continues to extract the tax and charge consumers at the market price for fuel.

The general manager of Petrojam, Winston Watson, a member of the committee that booked those worthless contracts in 2015, has the gall to talk about market reference price at a press conference on March 8, 2021.

Petrojam is a limited liability company and the Petroleum Corporation of Jamaica a statutory body. There is absolutely no reason why a special consumption tax should be charged on fuel to hedge against the price of crude.

It’s a business risk that must be managed like any other risk. Taxpayers ought not to be burdened with a risk without reward.