What’s next for the black man in the US? 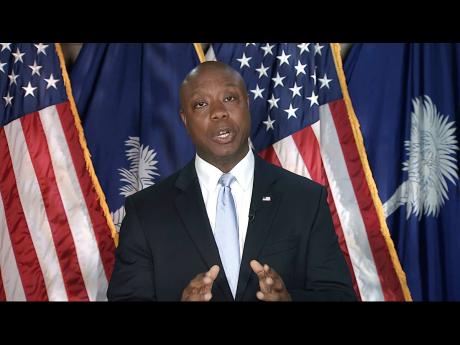 Scott denied that there is systemic racism in America. His words were: “America is not a racist country.” He went on to say that, “It’s wrong to try to use our painful past to try to dishonestly shut down debates in the present.”

Now, although Scott admitted that he has experienced the pain of discrimination; that he knows what it feels like to be pulled over for no reason; to be followed around a store while shopping; to him, I suppose, this kind of discrimination was to be expected as a norm, and was to be tolerated by people of colour.

Now, there was nothing in this rebuttal speech that acknowledged the reality of racial injustice and police brutality against black people, like George Floyd and other black and brown victims of police violence.

So in Scott’s ‘colour-blind’ world, people of colour should stop complaining about some mythological original sin of White America – slavery, racism, Jim Crow laws, etc. – but, instead, get up and make something of themselves just as he has done.

For he speaks fondly of his own family’s experience that saw them rise from the cotton fields of Georgia to ascend, all in one generation, to the great hall of Congress. He was, of course, referring to himself.

So, Scott’s message to people of colour is that there is no racism in America; no lack of opportunities for greatness; and, if you don’t use racism as an excuse, you too as a person of colour; and, more so, if you are a conservative Republican like he is, that you can also achieve whatever you want to in America.

Scott’s vision, however, is blighted by his lack of appreciation of American history vis-à-vis the history and contemporary experiences of people of colour in America.