Taxi operators need to be civilised on the roads 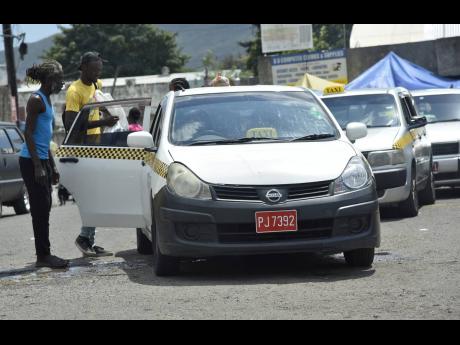 File
In this March 2020 photo passengers are seen boarding a taxi in Papine.

I was very disheartened to learn of the proposed 80 per cent increase sought by public passenger operators in their application made to the Government. They argue that this move is justified, given the increase in gasolene prices and other hardships exacerbated by the coronavirus pandemic. But, this must also be seen as the Government’s concession of its failure to curb the unruly behaviour of a lot of taxi drivers, who continue with their lawlessness and anarchy on our roads.

Over time, the behaviour of a lot of taxi men has got progressively worse; this is no secret in Jamaica. Successive governments have either lacked the will or creativity to change the culture of recklessness that the commuting public has grown accustomed to by operators, particularly taxi drivers.

We can only hope that the Government, upon approval of the increase, will also introduce a range of measures and initiatives that will coerce taxi drivers into some semblance of civility on our roads, whether by moral suasion or punitive measures – though we prefer the latter.

We would also like that the various associations aid in this effort with the same level of intensity employed in their effort for an increase. It is time for a change of behaviour and a change of culture. It is only left up to the imagination how much further the descent into incivility, recklessness, profanity-hurling insults and dangerous driving will be upon the approval of the increase. May God help us!