Letter of the Day | Emancipate ourselves from the Coat of Arms 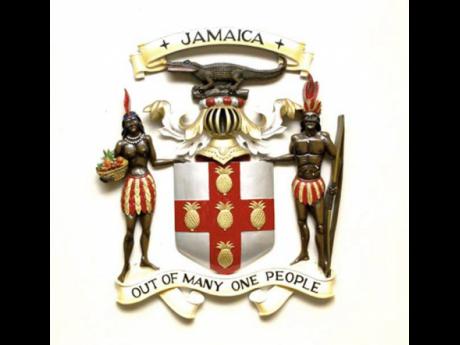 I wait with bated breath to hear my architecture students say “…ahhh Miss this is sooo cool…” on field trips to Emancipation Square, Spanish Town, Jamaica, reputedly the best Georgian Square in the Americas. I remain awestruck on visits respecting that originally, this was the “La villa” Taino Square as their seat of authority , on which the Spanish in 1519 layered their capital “St Jago de la Vega”, over which in 1655 the English imposed theirs.

Today, the square displays Georgian classical architecture legacy of four English kings: “George” (1714–1830). Each building is approximately 200-feet/61-metres wide, the Old Kings House shell (ca. 1762) westerly, the Old House of Assembly [parish council] (ca. 1762) easterly, the Rodney Memorial Building (ca. 1786) northerly, and the Old Courthouse shell (ca.1819) southerly. The square contains outstanding universal value as a place of memory, because on the steps of the Old Kings House the Emancipation Proclamation was read August 1, 1834 and on August 1, 1838 all British enslaved persons were freed.

I became a conservation architect in 1997 through the Urban Development Corporation and worked with the citizens of Spanish Town to facelift the square undertaking facade structural integrity, placing underground all overhead cables, adding public facilities, and re-designing traffic flows to pedestrianise the square. A no-traffic square allowed, (1) local and overseas visitors to enjoy the square and its architecture (2) preservation of structural integrity. Historic buildings require reduced vibrations from motor vehicles, and critically in climate change, less carbon emissions from motors to minimise environmental acidic deterioration.

Why are the authorities now permitting traffic to drive through the square?

That facelift culminated August 1 with a huge celebration where former president of the Republic of Ghana, Lt. Jerry John Rawlings, official guest of former Jamaica Prime Minister P. J. Patterson, on the steps of Old Kings House, proclaimed the new official name “Emancipation Square” and the reinstatement of “Emancipation Day” August 1 holiday that had previously been removed since 1962. Today, this holiday period affectionately is called ‘Emancipendence’.

Margaret Reckord Bernal, heritage consultant/ designer remembers August 1, 1997 as a pre-COVID- event having large, excited crowds seated or pressing together from pavements and side streets, looking on as -with increasing crescendo- Jamaica’s first ever sound-and-light show that she produced unfolded. “... It transformed the aged brick façade of the Old Kings House into a huge viewing screen telling the story of Spanish Town, booming out in a surround-sound track and overhead pyrotechnics, sending gushes of smoke and flashes of cannon fire out from every corner of the historic square...”. I journeyed back to the Emancipation rejoicing on August 1, 1838 in the square illustrated by James Phillipo.

So, after all Jamaica’s emancipated history, why does Jamaica continue to display a Coat of Arms established in 1661, preceding that of the 1662 ‘Royal African Company’ both closely resembling each other? By 1689, London became the centre of England’s slave trading and had transported by 1672, and before the 1692 earthquake in Port Royal, approximately 89,000-100,000 enslaved Africans to the West Indies and the American colonies.

As we celebrate 183 years of emancipation full-free and 59 years of Independence, let us make every effort immediately to emancipate ourselves from that heraldic symbol of enslavement, even as Ghana had changed their similar Coat of Arms.