How will you secure our borders? 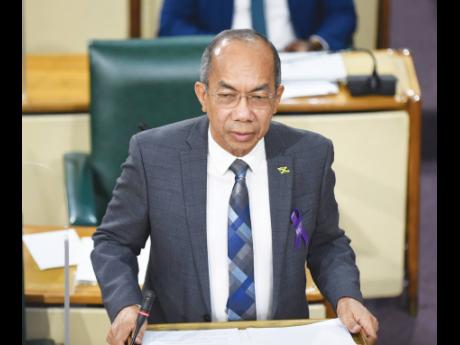 This is an open letter to National Security Minister Dr Horace Chang. The purpose of this letter is get answers on how you will preserve the security of Jamaica’s borders.

So may I politely invite you to do an Internet search of the article, ‘How American gun laws are fuelling Jamaica’s homicide crisis’ by Adam Ahmed.

The article was published in the New York Times on August 25, 2019.

The core of the article was that hundreds of thousands of guns sold in the United States of America vanish because of loose American gun laws. Many reappear on the Caribbean island, turning its streets into battlefield.

According to the article, she (name unknown) came to Jamaica illegally from the United States. With few clues to identify her, the police named her Briana. Within a few short years, Briana became one of the nation’s most-wanted assassins.

She carried out nine confirmed kills, including a double homicide outside of a bar, the killing of a father at a wake, and the murder of a single mother of three.

Her violence was indiscriminate: She shot and nearly killed a 14-year-old girl getting ready for church. Briana, serial number 245PN70462, was a 9-millimeter Browning handgun.

Guns like Briana reside at the epicentre of the crisis. Worldwide, 32 per cent of homicides are committed with firearms, according to the Igarape’ Institute, a research group.

In Jamaica, the figure is higher than 80 per cent. And most of those guns come from the United States, amassed by exploiting loose American gun laws that facilitate the carnage.

What are you going to do differently in 2022 than you did in 2021 to ensure that the homicide figure is much less than last year?