Letter of the Day | Don’t destroy our poultry industry 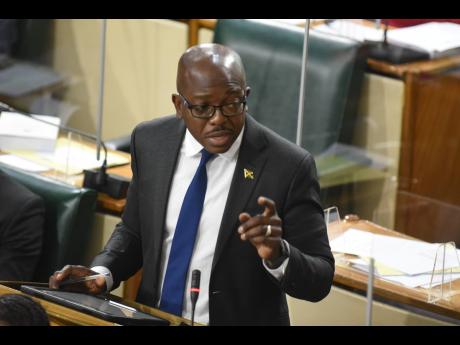 The recommendations by the newly minted Minister of Agriculture Pearnel Charles Jr, for the Government to temporarily suspend “the common external tariff and additional stamp duties on imported leg quarters” ( Jamaica Observer, January 26, 2022) lacks vision and is based on a false premise about the cost of chicken production in the United States of America (USA).

Affordable chicken in the USA is undergirded by government subsidies on the cost of feed. Hayse & Kerska (2021) in a most recent publication highlights that “Congress has continued to develop various programmes to support farmers’ and ranchers’ income to – at least partly – maintain the country’s food supply, from government purchases to price and revenue supports, subsidised loans, and crop insurance to protect against financial losses. These programmes are included in legislation known as the ‘Farm Bill’ and reauthorised (and occasionally reformed) every five years or so, most recently through the Agriculture Improvement Act of 2018. Subsidies for farmers averaged $16 billion per year over the past decade” and that, “most support is concentrated among a few commodities, often referred to as the ‘Big Five’: corn, soybeans, wheat, cotton, and rice”. (PRIMER: Agriculture subsidies and their influence in the Composition of US Food Supply and Consumption).

To temporarily import subsidised chicken meat will lead to the destruction of Jamaica’s poultry industry; because the rate of exchange between the US dollar and the Jamaican dollar has not been stable over the past three years, and it continues falling into a bottomless pit.

Second, the Government failed to listen to the reasons for the hike in costs, that is, the “continued cost increases across the entire operation, including corn, soy, and a lot of other raw materials”. These increases are on imported materials impacted by our government tariffs and the erratic devaluation of the Jamaican dollar.

If the Government truly cares about food security, why not encourage the poor to have a whole chicken by implementing actionable policies like subsidising the cost of imported ingredients/materials by 15 per cent for the production of chicken feed? This should then bring down the cost of production by local farmers, like their US counterparts.