Barbara Gloudon was an exemplary Jamaican 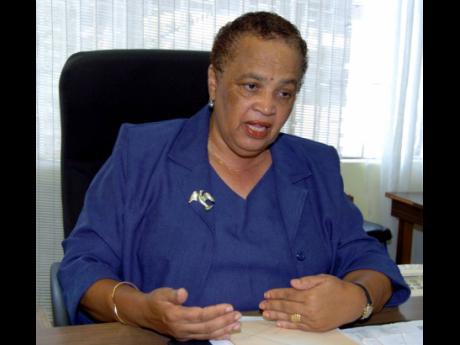 Mrs Barbara Gloudon was an icon and a champion for the poor. In September 1998, Mrs Gloudon was having a discussion on local government reform on the radio. I phoned in to make my contribution and she was seemingly impressed with this coming from a young man. She asked me what was I doing and I told her that I had been accepted for The University of the West Indies but was stuck in Portmore without ability to pay my fees or to travel into Kingston. She said, “This country cannot afford to let young men like you struggle, please hold the line.”

She took a commercial break and came to speak to me off air, where I explained that my application to the Students’ Loan Bureau was also turned down. She gave me her office address and asked me to meet in person. I eventually made it there and she assured me she would do everything in her power to help.

A couple weeks later, I was phoned by someone from the Office of the Prime Minister to say my details were provided by someone and she was instructed that all my fees and books should be paid for. I called Mrs Gloudon and she confirmed she had submitted my details.

That support provided the springboard that would see me complete my first degree! I am forever grateful to a talk-show host who cared enough to take an interest in the situation of a random caller who she believed had potential.

Mrs Gloudon was emblematic of a journalism that not only provide an informed opinion to the public but one who also used her position and power to make a difference in the lives of countless ordinary Jamaicans. Thank you again, Mrs Gloudon!

Your were an exemplary Jamaican. Walk good!