Letter of the Day | When did gold in Jamaican flag officially become yellow? 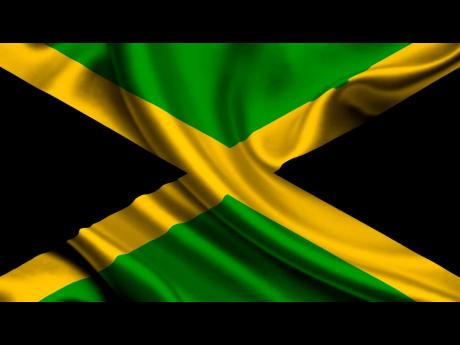 Activities to mark Jamaica’s 60th anniversary of political Independence from Great Britain are in high gear. As we celebrate, as is customary, we witness the prevalence of some multicoloured pieces of cloth that are supposed to represent our national flag.

It has always been my understanding that Jamaica’s national flag was designed as a gold diagonal cross (saltire), with the top and bottom sections being green and the two sides being black. I am aware of no official change to any of the colours of our flag.

Over the years, however, we have seen this bastardisation of the flag, even in use in government circles and on many public buildings. If we are not prepared to embrace the gold, why do we not simply change it officially to yellow?

I have refused to use or give any reverence to the use of any depiction of the Jamaican flag as black, green and yellow, until or unless there is an official change to the colours. To that end, I am not offended or disturbed when I see our athletes and others desecrating what is supposedly our national flag, by allowing it to touch the ground or otherwise using it dishonourably. After all, that is not the Jamaican flag.

I digress, but to the extent they are using a true depiction of our national flag, could we ensure that we train our athletes, our ambassadors, in how to properly treat with our national flag when they are celebrating their victories? Yes, athletes from other countries have done likewise with their flags; however, that does not mean we should join that party.

For God’s sake, our many other challenges notwithstanding, will our Government move post-haste to protect this symbol of ours that is meant to give us our identity and pride?

Let us stop the local manufacture and import of the improperly depicted flag; and likewise, ban its use in civic and public functions, and on government and public buildings. This may require us to mass produce correctly depicted flags, but such is the price we pay for allowing this problem to take root.

We should thereafter seek to ensure we use all the laws necessary – international and intellectual property– to prevent any misrepresentation or imitation of the Jamaican flag. Last year, our Parliament passed amendments to Section 12 of the Trade Marks Act to place restrictions on the use of our name and symbols, including the national flag. However, I am not sure whether the flag being protected under that law is the black, green and gold, which is hardly seen or used these days.