Letter of the Day | Justice Panton’s assertion cannot be challenged 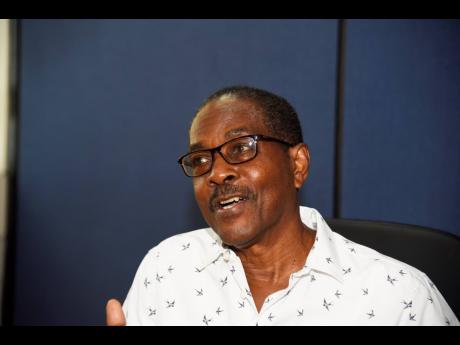 As unsolicited as it is, in the defence of the Honourable Justice Seymour Panton, former president of Jamaica’s Court of Appeal, I take issue with The Gleaner editorial of August 16, titled, ‘What Justice Panton got wrong’. In his usual customary and acerbic manner, Justice Panton’s assertion that a significant part of the population supports criminality cannot be challenged.

To conclude that in a recent interview with The Gleaner, he engaged in an episode of victim shaming by making the point that victims of crime are very often loathe to give formal statements to law enforcement for prosecution, while at the same time being vociferous in front of TV cameras about criminal activities, is unfair to Justice Panton.

First, as uncomfortable as it may be for some, he spoke of what is a reality. It cannot be denied that the reluctance of victims of criminal activity is routed in the low levels of trust and fear most of them have for institutions of the State. Paradoxically, however, such fears are never exhibited when these said victims parade publicly in front of the cameras without any regard for their personal safety.

For your editorial to also suggest that Justice Panton largely placed the blame on people living in depressed urban communities is also unfair. This was not represented to be the only case by Justice Panton but instead, by way of examples, he cited instances in such communities where persons were quick to speak openly in front of TV cameras but not interested in giving formal statements to the police about what they know.

Indeed, by the contents of your own editorial, you correctly identified the close bond between crime and politics. You also recognised that there are criminal elements within institutions of the State who betray their own mandate. By recognising these points, you have given much credence to Justice Panton’s statement that acts of criminality are condoned by a significant part of the population. Not to be forgotten are those within the business sector who themselves being constant victims of extortion, do nothing. They speak no evil, hear no evil, and see no evil. Sadly, the congregants of the many churches across this island fall within the same category.

Solving crime is not the sole responsibility of law enforcement or the Government. The sooner we recognise that we the citizens of this land have a role to play in the war against crime, the sooner we rid ourselves of this crime monster.