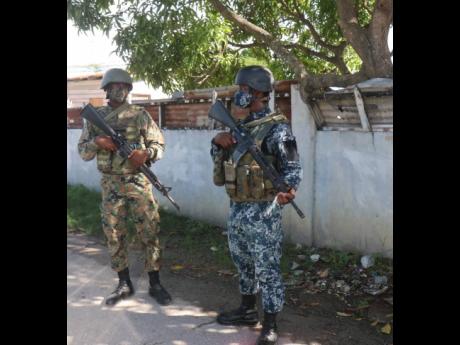 While we agree that a half loaf is preferable to none, but this is hardly the time to squander resources.

To tackle the sharp rise in criminal activities, the Government has declared states of public emergency (SOE) in a number of parishes. While that is a move to help address the issue, the imposition of SOE may have an opposite effect. Why was the SOE disclosed beforehand? In my opinion, the criminals and gang members would take this as a warning and leave the parishes where SOE are imposed before the law enforcers arrive.

It is counterproductive because the goal is to decrease the issue and prevent it from spreading to other parishes. It would have been more effective if it had been an islandwide SOE – that way, criminals and gang members wouldn’t have somewhere to hide out or conceal their weapons. Why bother trying to reduce crime in some parishes while criminals continue to travel and infest other parishes with their illicit activities?

There is a flaw in the way law enforcement personnel choose to inspect or stop vehicles at various checkpoints. What kind of intelligence or intellect does the police force use to determine which vehicles to let through? They frequently only give the people in the cars a quick glance before letting them pass. Although some people may appear to be good-hearted and well-dressed, appearances can be deceiving.

At the various checkpoints, comprehensive vehicle inspections are required. In addition, women shouldn’t be exempt from the searches, because they have previously been implicated in concealing or carrying weapons. What about a crime plan that would actually work? Based on the country’s crime rate, implementing SOE is only the tip of the iceberg; further fieldwork is required.

Again, there are always loopholes and corruption in the system, making initiatives like the SOE futile. Some of the checkpoint officials will give the criminals the go-ahead instead of charging them because they are friendly with some of the gangsters. So how do we solve the issue when law enforcement is aiding criminals in their activities?

It will take a collective effort for the criminals to stop committing crimes. The law enforcement officials ought to follow the law and remain honourable, and people in the community ought to denounce criminals and their illegal acts. Together, we can make Jamaica a safer place to live in.