ISSA must do better 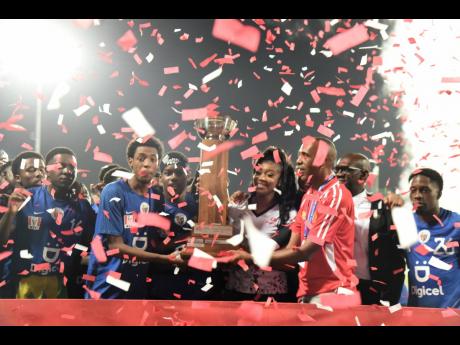 On Friday, December 3, I attended the Manning Cup finals between my alma mater Jamaica College (JC) and our new up-and-coming rivals STATHS, in what has become a rivalry for the 2020s. This was the grand finale, the culmination of an exciting season for Corporate Area football supremacy and bragging rights for another year.

All expectations for a good match were well placed and ISSA and the sponsors did a reasonable job of promoting the event.

I was so disappointed, however, not with the quality of the football (finals are usually cagey affairs) but rather with the gate management, or lack thereof. Why? After so many years of putting on the competition, why would ISSA not take the final hurdle and properly manage the gate?

Crowds need to be controlled and what transpired that night was an abomination.

Unfortunately, I was carrying my eight-year-old daughter for the first time to this event along with my brother and a lady who had never been to a Manning Cup game before. What a poor first impression, none of them wish to go again. Having had many years’ experience in gate management myself – including at the same venue – Sabina Park, several years ago, I was shocked at what I saw.

In this day and age, how can you be mixing crowds of patrons with tickets, patrons trying to purchase tickets along with onlookers, pickpockets and hustlers selling tickets, plus vendors selling food and other wares in the same small space?

We were also greeted by the police attempting to haul away some vendor minutes before match time. Total chaos!

My poor daughter was traumatised by the unruly crowd and had her pocket picked on top of it all.

The only saving grace was the result which saw the True Blues JC winning yet another title.

With the Champions League and Olivier Shield still on the line, will ISSA perk up, smell the coffee and fix the wrongs before it’s too late?

I must also mention the amount of ganja smoking that we had to endure (at a schoolboy event at that). Is smoking in public spaces still illegal?

Why do we pass laws and not enforce them?

In a controlled environment, confined to one area of the grounds informally known as the Air Jamaica Building, why can’t the police enforce the laws of the land?