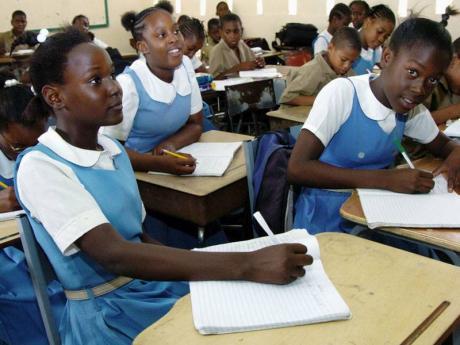 The findings of Patterson's commission are no doubt alarming and should be of great concern to especially parents. This report, along with the reform of Jamaica’s education sector, needs to be scrutinised by stakeholders so there can be a wide discussion on the issues to be fixed in the education sector.

Early childhood and the Patterson report

WHAT’S SURPRISING about the national angst that erupted last week over the Early Childhood Commission’s (ECC) report of low compliance with the certification requirements for daycare centres and kindergartens is that people, including many who help to shape opinion and formulate policy, were surprised.

For while the ECC document is especially useful to stakeholders, especially parents, who are interested in the status of particular institutions, similar overview data, with much deeper analysis, are contained in the Patterson task force report on the reform of Jamaica’s education sector. That was published several months ago and often mentioned in general discussions about the state of the island’s education situation. Hopefully, the ECC report will be a catalyst for the fullblown debate on the task force’s findings, for which this newspaper has been calling, but which the Government has seemed reticent to engage.

Indeed, early childhood education, including how it should be funded, is a major topic of the report. The sector’s relevance was further highlighted recently by the education minister, Fayval Williams, when she suggested that a full Government takeover of the sector might be necessary to overcome its crisis. Mrs Williams was, however, short on specifics. And she hasn’t responded to this newspaper’s urgings that she expand on her thinking and differentiate between what may be personal musings and seriously emerging government policy.

Jamaica’s early childhood sector is largely privately controlled – over 80 per cent – comprising largely of communitybased so-called ‘basic schools’ which tend to be hybrids of day-care and pre-primary education institutions. More than 210,000 children are enrolled in these institutions, around 10 per cent in government infant schools and stimulation centres.

Since the creation of the ECC in the first half of the 2000s, early childhood education institutions (ECI) are required to register with and be certified by the commission, after being assessed against a dozen criteria, covering 231 performance and strategic indicators.

According to the EEC, in its March analysis, of 2,373 early childhood institutions in the island, approximately 12 per cent (282) had met all the criteria for full certification. However, 2,241 institutions are “registered” to operate in the sector, either having already received the ECC’s seal of approval, or have been determined not to threaten the health and safety of children in their care and to have done enough to be put on a path of certification.

However, approximately 47 per cent of all the institutions that have applied for registration (2,312, or 97 per cent of the sector) scored below 50 per cent on their strategy/performance criteria. This figure is a six percentage point improvement on the 53 per cent that the Patterson task force had marked as not meeting at least half of the standards. However, the base number was more than 2,700 institutions, suggesting that some (perhaps up to 400) ECIs may have shuttered over the past two years.

More important, though, are the qualitative shortcomings revealed in the task force’s document, which are not addressed in the narrower figures made public by the ECC. For instance, as we noted previously, while better-trained people now work in the early childhood sector since the advent of the ECC, the Patterson report pointed out that “a large proportion of teacher functions are being carried out by personnel without adequate training”.

Indeed, only eight per cent of the institutions, at the time of the Patterson report, were “above the standard and have more than one trained teacher”. Added the report: “Only 13.9 per cent of ECIs had appropriately trained personnel, at the level of at least Associate Teacher, supervising groups. However, the majority of ECIs met continuity of care standards, ensuring that there are no more than three caregivers in an 8-hour day.”

However, on the basis of ECC data, the task force determined that there were insufficient “developmental and educational activities within earlychildhood developmental/educational programmes”.

“Overall, only 11 per cent of ECIs were rated as having adequate numbers of play material for the numbers of students present; the standard being that each ECI should have enough material for each child to be in an activity at the same time,” the report said.

These issues reflect themselves in the development outcomes of children. According to the school-readiness assessment of children in the early childhood system up to 2019, approximately one-fifth displayed at least one development problem (out of 11 for which they were tested). “Early literacy concerns were identified in 18.3 per cent and early numeracy concerns in 20.3 per cent,” the Patterson report highlighted.

Raft social/environment issues contribute to these outcomes, but a large part of the problem is money, or the lack of it . Many institutions – especially those serving poor communities – can’t afford to hire better-qualified teachers or (despite some Government support) to pay for the learning aids, which the Patterson task force highlighted as missing from their stimulation programmes. Many, given the historic development of these institutions, lack management capacity.

Among t he recommendations of the Patterson group was for some rebalancing of the country’s education expenditure, particularly by steering money to the early childhood sector from vocational training, which has shown an inability to absorb all the money that is available to it. Vocation training is funded mostly from the payroll tax that goes to the state’s training agency HEART/NSTA Trust.

Unfortunately, these and other proposals in the Patterson report – for that matter, the philosophical basis of the report itself – have had little scrutiny and have been subject to almost no in-depth public analysis or debate. We know little of the Government’s thinking on the findings, except for the administration’s implied acceptance of them, given Prime Minister Andrew Holness’ naming of Adrian Stokes as chairman of an implementation committee, whose other members are yet to be identified.

But it is not clear whether this reflects formal policy. Again, we urge the Government to engage in a discussion on the Patterson report so we can get on with the business of fixing the deep crisis in Jamaica’s education. The current focus on early childhood education is a good platform from which to start.