She wants people to see us 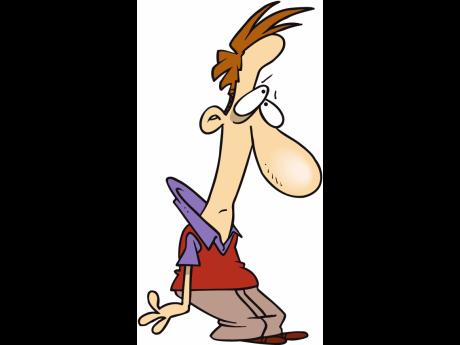 Q: Doc, I am a little concerned about my fiancee because she keeps saying that she wants us to have sex where people can see us. This is surprising because she is a strictly brought-up girl, and she had never been with any guy till she met me. That was two years ago when we were both 19.

I remember that at first she was reluctant to give me her virginity, but fairly soon, she gave in. And after that, she became passionate about sex and wanted us to do it every day whenever possible.

Well, of course, that was fine by me. But in recent months, she has been telling me that she has these wild feelings about wanting to 'do it' in the open air like on the beach. It appears that she likes the thrill of being at risk of discovery.

Honestly, Doctor, I think that is crazy! Has she got some sort of sickness, or what? Should I get her some psychiatric treatment?

I looked up this subject and found that her behaviour is described as 'exhibitionism', which seems to be some kind of perversion.

What do you think I ought to do?

A: Well, as you say, people who want to have sex in places where other folks might see them are described as exhibitionists.

In days gone by, some psychiatrists did describe this as a perversion - or even as a mental disorder. However, we live in more tolerant times now, and today, most experts would describe exhibitionism as no more than a variation on normal sexuality.

Surprisingly, many women seem to be attracted by exhibitionism. They feel 'turned on' by the idea of showing off their bodies, and also by the notion of demonstrating their sexual abilities.

Indeed, some folks would claim that many strippers are exhibitionists, and that often, these ladies get pleasure from demonstrating their naked charms to men.

Whether your fiancee's exhibitionistic tendencies are related to her very strict upbringing, I cannot say, but it is just possible that she is reacting to the way she was brought up.

You should tell her a few practical points about the dangers of exhibitionistic sex:

- Under Jamaican law, having sex in a place where you could offend members of the public makes you liable to arrest;

- Sadly, throughout the world, couples who make love in public are vulnerable to assault (including sexual assault) by criminals;

- Lying naked or semi-naked on the ground at night exposes you to the risk of attack by insects.

Now, you ask whether your fiancee should get psychiatric treatment. My guess is that no psychiatrist would be interested in trying to interfere in this matter, but a youth counsellor or a therapist might well be willing to see the two of you for a few sessions in order to try and help you both to reach some sort of compromise.

For instance, I know of a couple of cases in which exhibitionistic couples agreed to have sex by a bedroom window so that they could nearly (but not quite) be seen by passers-by.

Q: Doc, I am 18 and I am concerned that every day, there is some sort of clear fluid that comes out of my vagina and dampens my pants. Some days it is more than others.

Is this a discharge? Do I have an infection?

A: You need to appreciate that all healthy young women produce a little fluid each day. Really, this is a sign that everything is in good working order. The correct term for it is vaginal secretion.

Some people do call the fluid, as a discharge, but I prefer to use the word discharge to describe abnormal vaginal fluid such as that which is caused from yeast.

Normal vaginal secretions do vary a lot (in volume and nature) at different times of the menstrual cycle. Just before and after the menses, they tend to be cloudy and a little whitish, but around the time of ovulation (the fertile time), the secretions are usually clear, slippery, and stretchy. During those days in the middle of the menstrual month, it is common for young women to have to wear a panty-liner.

Another factor that affects the secretions is sex. If a teenage girl such as you becomes sexually aroused, her vaginal secretions will flow more

copiously, and she will get quite wet. This is normal.

But there are certain types of vaginal secretion that are not normal. In general, you should see a doctor if your secretions are:

- Associated with soreness around the vaginal opening.

However, it sounds like you are perfectly OK, so you can quit fretting.

Q: I am 21 and trying to get pregnant. But every time I have sex, my boyfriend's sperm runs out of me. Please advise.

A: This is a common worry among women who are trying to conceive, but it is perfectly normal for the greater part of the guy's seminal fluid to 'run out' just a few minutes after sex.

That should not prevent you from getting pregnant. However, there are some doctors who think that a woman increases her chances of conception if she retains the 'man-fluid' for a while.

To achieve this is quite simple. Before you start to have sex, put a pillow under your bottom. That tilts the angle of the womb so that the cervix gets maximal exposure to sperm. You should stay in that position for maybe 20 minutes after your guy has discharged.

Q: Doc, I am a guy who has to shave four times for the day. A nurse told me where that indicates that I have very high testosterone levels.

Is this true, or was she merely joking?

A: No, she was not joking. In general, a young guy who has to shave a lot will have fairly high levels of male hormone (testosterone).

Q: Unfortunately, I was raped when I was 18. It was not too violent, but I find now (at age 21) that I am afraid to have sex with my fiancÈ. He does not understand this.

Can you help, Doc?

A: It is a sad fact that women who have been raped will often have sexual problems for the rest of their lives. Please tell your fiancÈ that your reaction to that dreadful experience is quite normal.

What you should do now is to find yourself a therapist (or psychotherapist) who can give you some regular sessions over a long period of time - like maybe a year. During the therapy, the therapist will try to help you to overcome your bad feelings and (with luck) to enjoy sex with your fiancee.