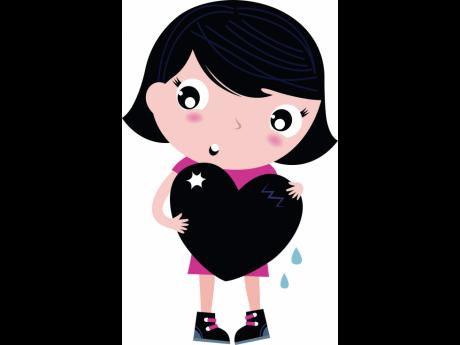 Q Hi, doc. I am 19, female, and in the second year of my degree course. I would like your advice regarding my fiancé's views on sex positions.

I have always been a conventional sort of girl, so when we first started to have sexual relations, I always chose the option of doing it in the traditional way. In other words, I like lying flat on my back in bed, with the knees raised.

To be honest, I find this enjoyable, Doc - though I don't often orgasm. But my fiancé is a much more adventurous person than me. He says he gets 'bored' of always doing it the same way. He claims that there are more than 100 different positions, and he insists that we ought to try them all.

So I would like your advice, doctor. How many positions are there really? And is it OK to try them? Or could they damage my body?

A: There are no sexual positions that could damage a woman's body - unless the couple is crazy enough to try things like 'doing it' on a tightrope - or on anything else which they might fall off and hurt themselves.

As to the number of positions, there are well over 50. But it is impossible to give you an exact number - because so many minor variations of posture are possible.

For instance, if you look at a book which describes many sexual positions, you will find that some of them differ from each other only by such things like flexing the left arm, or straightening the right leg.

In practice, there are around 10 basic positions which younger couples frequently use. But personally, I do not think that a young woman should be made to feel that she must try out lots of them.

However, my opinion is that a female can usually derive a surprising amount of pleasure by 'ringing the changes' sometimes. Trying out something new may alter the sensations you feel. Also, you might find that a new position is more comfortable than what you are doing at the present moment.

Also, I notice that you say that you don't always reach an orgasm. In fact, there are certain positions in which reaching a climax is easy for a woman - simply because of the fact that her partner has easy access to her clitoris with his hand.

Books which list sexual positions do sometimes mark these postures with a 'C' - meaning that it is easy for the guy to stimulate his partner's clitoris. An example of an easy (and comfortable) 'C' position is called 'The Spoons'. You just lie on your side in the bed, while your fiancé lies behind you.

He then enters your vagina from the rear. And then it is easy for him to reach round with one hand - and thus stimulate your clitoris until you orgasm.

Don't feel that you have to try this type of thing if you don't want to. But you may well be surprised as to how much fun you can have.

Q Doc, I am a guy of 18, and my voice hasn't broken yet. My speaking voice is quite high, and so far I do not have to shave. Also, I have little pubic or chest hair.

What is going on?

A: Sounds like you may be experiencing 'delayed puberty'. You must see a doctor right away, and do a blood test for male hormone level.

Could well be that you can be helped by testosterone treatment.

A: No, that is quite impossible. Sounds like you have a mild case of acne.

Please see a doctor, and she will give you some treatment. You may need to take a mild antibiotic for a few weeks.

Q Both my testicles are a little tender if my girlfriend squeezes them, Doc. Is this abnormal?

A: No. The testicles are naturally rather tender organs, and it is not a good idea to squeeze them. Ask your girlfriend not to do this.

But if you are getting actual pain in the testes when they have not been squeezed, then please check with your doctor.

Q I am female, age 20, Doc. When my boyfriend squeezed my breasts last night, a tiny little drop of blood came from my right nipple.

A: That is extremely unlikely at your young age. Nevertheless, you should go to a doctor and ask her to check out the breasts.

Q Is it possible for a doctor to examine a young man, and see if he has been having homosexual sex?

An experienced doctor would be able to detect this 'sagginess'.

Q Could my mother make me have the contraceptive Jab against my will?

A: No. I don't know how old you are, but it is illegal to force anyone to have the contraceptive 'shot.' So no doctor would do this.

Presumably your mother is fretting about your sexual behaviour, and is fearful that you might get pregnant. Please try to 'play safe' in whatever you are doing. I am sure that your mom has your best interests at heart.

Q Please answer a delicate question for me, Doc. Why does my fiancé want me to swallow his sperm?

It makes no logical sense to me and could it make me pregnant?

A: You are right: it makes no logical sense at all. But this is what quite a lot of young men want their girlfriends to do.

In answer to your query about pregnancy: no 'seed swallowing' will not make you pregnant.

In the whole of the world's medical literature, there is only one case in which a woman became pregnant through swallowing 'man fluid'. And that was under truly strange circumstances involving a knife-cut which made an artificial passage from the girl's stomach to her ovaries.

Q I am a guy of 24, and I do not know much about women, Doc. I have a new girlfriend, who says that she loves me, and wants to marry me.

But this week she has told me that she wants to go to bed with me and another guy at the same time. Do you think she really does love me?