Doctor's Advice: Are we safe from pregnancy? 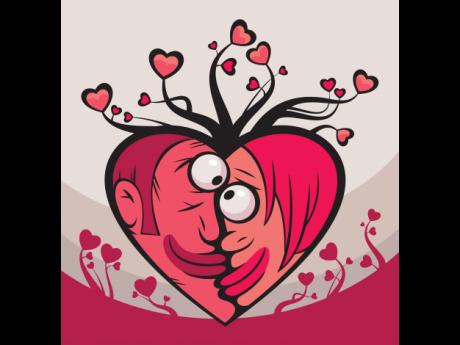 Q. A very pleasant day to you, Doc. We are a young couple who are very much in love. But there is no prospect of getting married for at least five to six years. We are both students.

However, we really adore sex with each other. We just cannot help it, Doc. The power of our sexual attraction is very great.

It would be a disaster if we managed to conceive a baby at this very early stage of our careers. So in order to avoid pregnancy, what we are doing is this 'double precaution':

1. We avoid having full sex in the middle of the menstrual month;

2. We practise 'withdrawing,' just before the male climaxes.

Is this safe enough? One of us thinks that it is a pretty foolproof system, but the other thinks it could be a little risky.

Your advice would be appreciated.

A. Well, it is good to hear from two young people who are so much in love. I hope that your relationship will continue for a long, long time.

Let me guess! Is it the female partner who is fretting about pregnancy? And is it the male who thinks that the system is foolproof? It's usually that way.

Look, what you are doing is certainly a lot better than nothing, but it is certainly not foolproof! Having seen this sort of relationship many times, I would say that there has to be quite a chance that within a year or two, a pregnancy is going to occur.

Much depends on how you are operating the first point of your two-point plan - which consists of 'avoiding full sex in the middle of the menstrual month.'

In other words, you are practising what is often known as the 'safe period method', but do you really know what the safe period is?

In young women who have dead-regular menses, the biggest danger time is from the eighth day after the start of the menses to the 17th - which means a spell of about 10 days during which sex would be extremely unwise.

In other words, the 'safe period' means:

- The first week from the start of the menses;

- The last 10 days or so before the start of the next menstruation.

However, accidents will occur, so young ladies do sometimes get pregnant during the supposedly safe days of the cycle.

So my suggestion to you is that you should both consult a doctor (or else a family planning-trained nurse) and get good advice. They may possibly tell you that it is reasonably safe to carry on using your current combination of withdrawal plus the safe period, but I suspect that they will advise you that it would be much wiser to use one of the highly-reliable methods of modern contraception.

Good luck to you both!

Q. I am a guy of 18 and very definitely heterosexual, but two years ago, I somehow allowed myself to be talked into a one-night stand with a guy who was a year older. He was persuasive, and gave me a lot to drink (also some money).

I would now like to start dating girls, Doc, but I wonder if I could have caught anything from that unfortunate incident of two years ago?

A. First, are you absolutely sure that you really are 'straight?' If you have any doubts at all, please talk things over with a counsellor.

Turning to the question of infection, a lot depends on what this guy did with you when you were 16. But if it involved any penetrative sex, then I feel you should now go to a doc and have:

- A test for chlamydia;

Probably everything will be OK, but it really is better to be safe than sorry.

I asked her to tell me more, and she told me where self-pleasuring pulls a girl's labia out of shape and makes them abnormally long. Is this true, Doc?

Summing up, I think you should pay your friend no mind.

Q. I have loved my boyfriend for nearly a year, but on Tuesday, I came home and found him having sex with my best friend. They were both naked, and this was in my bed!

A. Very sorry to hear about this. But alas, it is something that happens again and again among young people - especially if the guy has a roving eye.

Often, the problem is that the young woman believes that she and her beloved are going to be together for life, while the young man thinks that it would be great to try out a few more girls. And when the opportunity comes along, he can't resist it.

To be frank, statistics that I have collected suggest that in your current circumstances, the relationship is now likely to be over. Once you have found your partner having sex with someone else, it is difficult for things to go back to what they were.

So my advice to you is threefold:

2. Similarly, bid farewell to the best friend who betrayed you;

3. Get on with the rest of your life - and don't be in a hurry to find another guy.

What you need now is a spell of rest and recovery from this nasty shock. In six months or a year, everything will seem better. In the meantime, please try and take things a little easy.

Q. Doc, I am a guy of 20. Last month, I had sex three times with a beautiful girl. It was great, but on each occasion, it pained me a little, and my organ was sore for two hours afterwards.

Could this be some form of VD?

A No. Sexually-transmitted infections do not produce these symptoms.

The short-lived and temporary pain and soreness which you felt was due to excessive friction. That occurs when the young lady is too dry or not relaxed enough.

If this relationship continues, you should take steps to ensure that your partner is fully lubricated and properly relaxed. The best way of doing this is to give her plenty of romantic foreplay before you try to have intercourse with her.

You might also find it helpful to use a sex lubricant, applied to both of you, before attempting entry. You can buy brands such as K-Y Jelly from almost any pharmacy. Alternatively, there are literally hundreds of different brands advertised on the Internet.