The dangers of red meat 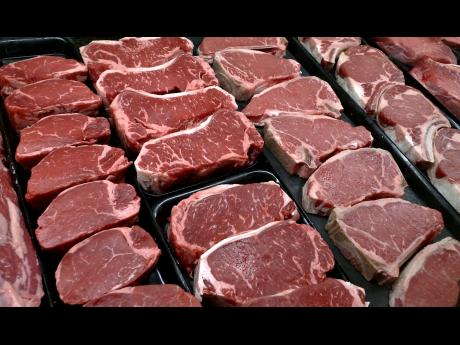 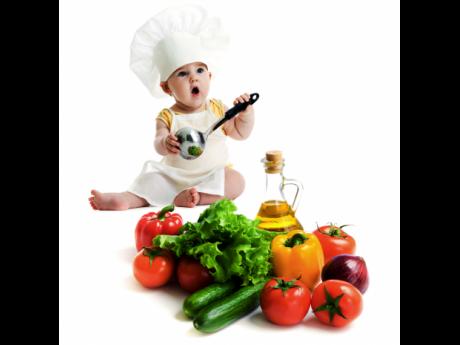 For almost 30 years, I have been saying that a plant-based diet has significant health benefits. Now, the World Health Organisation (WHO) research published this past week, confirms that eating red meats, especially processed meats, is a major risk factor for developing cancer.

According to the United States Department of Agriculture (USDA), all meats obtained from livestock (all mammals, including pigs) are considered red meats because they contain higher levels of the iron pigment myoglobin than non-mammalian meats like chicken or fish.

Other earlier medical research published in the Journal of the American Medical Association showed that heavy consumers of red meat double their risk of developing colon cancer compared to those who eat little red meat. Although the study did not specify, I suspect that heavy red meat eaters probably have at least four times greater risk of colon cancer compared to people who have no red meat at all.

Research on total vegetarians (who consume no animal product) suggests an almost total absence of colon cancer in that group. As colon cancer accounts for 20 per cent of all cancers, these research findings are very important. If doctors had discovered a new drug that would eliminate 20 per cent of the cancer in the world, there would be no end to the media publicity and fanfare it would be given. As another breast cancer awareness month winds down, have you seen any headlines encouraging our ladies to eat more vegetables?

Other investigations also demonstrate the benefit of a plant-based diet against several other cancers as well as other lifestyle-related problems like heart disease, diabetes, and hypertension.

There is a chemical additive called sodium nitrite that food manufacturers add to virtually all packaged meat products - breakfast sausages, hams, hot dogs, bacon, turkey bacon, bologna, and many more. This chemical gives these meats a reddish colour so they still look fresh and helps extend their shelf life. When you eat it, highly cancer-forming chemicals known as nitrosamines are created in your body.

Bacon has received the most attention as the very high cooking temperatures used to fry bacon are conducive to nitrosamine formation, but barbecued and jerked meats have a similar problem.

Approximately 300 of these compounds have been tested, and 90 per cent of them cause cancer in a wide variety of experimental animals. Since nitrosamines behave the same in human as in animals, it is highly likely that they also cause cancer in humans.

Research published in the journal, Cancer Research showed that children who consumed these chemicals had a quadrupling of brain tumours and a 700 per cent increase in leukaemia.

A University of Hawaii study that tracked the dietary habits of nearly 200,000 people for seven years revealed that the consumption of processed meats containing sodium nitrite caused a 6,700 per cent increase in pancreatic cancer

The Safe Shopper's Bible (a nutrition handbook) explains that European countries banned the use of nitrite and nitrates in 1997 while the Food and Drug Administration (FDA) has allowed their continued use in the USA. Jamaica seems to follow the lead of the US in these matters

The USDA actually tried to ban them from all packaged meats in the 1970s, but their effort was overpowered by the influence of meat-packing companies. So the ingredient is still legal to use, even though it causes cancer.

A higher risk of cancer is just one of several health reasons to avoid eating commercial red meat. The saturated animal fat found in red meat contributes to heart disease, atherosclerosis, and other inflammatory disorders. Commercial red meat contains contaminants such as heavy metals, pesticides, hormones, antibiotics, and environmental pollutants. These are absorbed into your body when you eat commercial meats.

Getting off red meat

Some readers are already following a plant-based diet, but others of you aren't sure exactly how to start. You can begin to reduce your consumption of red meat gradually. Experiment with tasty and nutritious vegetarian foods.

It is also useful, though not essential, to do a cleansing of your digestive tract when you are making a significant change in your diet.

That is an easy start to eliminating red meat from your diet. The bottom line on red meat is that there is much evidence indicating that you may improve your health and minimise your risk of cancer and early death by having a plant-based diet.

Practices cellular nutrition and take lots of anti-oxidant supplementation. Vitamins C and E, in particular, can help prevent nitrates forming in your food.

If you don't want to give up meats, eat only fresh organic and free-range chicken and turkey, and choose meats that do not have nitrates listed as one of the ingredients.

- You may email Dr Vendryes at tonyvendryes@gmail.com or listen to An Ounce of Prevention on POWER 106 FM on Fridays at 8:15 p.m. Details of his books and articles are available at www.tonyvendryes.com.