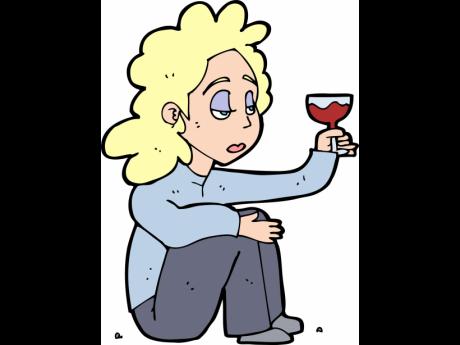 Q: Recently, my daughter got married and I did not invite my father and his wife of three years and 11 months. We did not invite him for good reasons. Everywhere he goes, he takes his new wife, and we do not approve of her.

Our mother died of natural causes. She was a great mother and homemaker while having a good job. My father and all of us were well taken care of and we were well respected in the community. She was well known and was a lady. She was hard working and kind to a fault. All of my three siblings are university graduates and got married, and now, it is the time when our children are getting married.

We do not like our stepmother. For one she is our age. What is our father doing with such a young woman? She is a gold digger. Finally, she is a bad omen. She and my father visited my brother and his wife, and shortly thereafter, his wife, who was 48, died from a massive stroke. The following year, she and my father visited my sister because of the wedding of the granddaughter and shortly thereafter, my sister's husband died of cancer.

Finally, my father and our stepmother stayed at the house of the youngest sibling because of the graduation of his daughter and shortly thereafter, he was seriously ill, spending weeks in hospital with a mysterious illness. So I was taking no chances with inviting my father to the wedding because he would take her. Do you think I did the right thing?

A: First, your father's wife is not your stepmother. You are all grown children and you are not under her care. Second, because your father has married again does not necessary mean he is disrespecting your mother's memory and legacy. Many men marry much younger women the second time around. It makes them feel good, wanted, and attractive. Finally, you gave no evidence that she is a gold digger. In any case, how your father uses his money is his business. He already gave you all a good education, which is a wonderful start in life.

Apparently, you are under the spell of this lady. It is not logical to blame her for the deaths because she was accompanied by your father. Why did you not think that it is your father who is causing the deaths? How could she give someone cancer? Often, a stroke is caused either by a lifestyle disease or it is hereditary. You need to stop seeing her as an angel of death.

You blundered in not allowing your child to invite your father and his wife to the wedding. You need to apologise to your father. In addition, please embrace his wife and stop blaming her for the deaths. Obviously, your father loves her and takes her wherever he goes.