Doctor's Advice: Should I tell him about my lesbian affair? 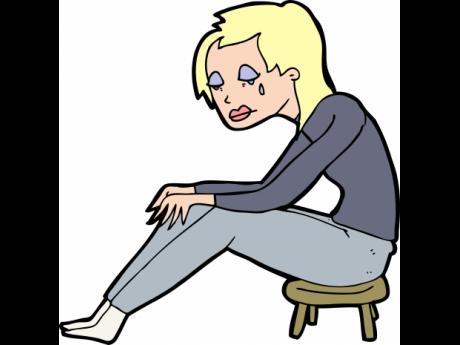 Q. Hello, Doc. I am 20 years old, and I have just got engaged to a wonderful guy, who is a newly qualified doctor. We have been having sex for around three months, and I have no problems in that area. He is good in bed.

But what is making me fret is this. Four years ago, when I was 16, I had a brief sexual relationship with another girl of the same age. I suppose you could call it an affaire.

It only lasted about two weeks. It started with what is called a 'teenage crush'. Then there was a little kissing and breast-touching. Finally, we went to bed, which we did about four to five times. I did not know how to behave at all, but I do remember that she made me orgasm on three occasions. I did not understand what was happening to me.

Then it all stopped - mainly because my mother caught us naked in my bedroom, kissing each other. She got mad, and told the other girl's mom. Shortly afterwards, they left the island. I think they live in America now, but I have never been in contact with her and do not want to be in touch.

Don't get me wrong, Doc. I have no lesbian feelings now. I do not want to go with other women, but I want to know if I should tell my fiance about what I did with that girl?

A. Well, studies in the US have shown that a sizeable minority of teenage female students have brief relationships of this sort with other girls. Generally, it is quite a short-lived phase.

So you are far from unusual in having had a short spell of sexual contact with another teenage girl. You would be perfectly justified now in forgetting all about it.

First, should you tell your fiance? At the moment, I can see no good reasons for doing so.

Please understand that men can react in various ways to being told about a spot of lesbianism in the distant past. Some guys get excited about it; others are appalled.

As far as I can see, the only person in Jamaica who knows about that teenage 'crush' of four years ago is your mother, and it does not seem very likely that she is going to start telling people about it.

All in all, I guess you should 'let sleeping dogs lie'.

Q. Doc, I am a guy of 18 years. My elder brother has been a sort of role model for me - even though he has done one or two things that I regard as wrong.

My head tells me that going to this party would not be right, but my body tells me that it would be wonderful to fool around with all those gorgeous naked girls.

What do you think, Doc?

A. Naturally, the idea of seeing many naked women, and perhaps having sex with them, is enormously attractive to most young guys.

- How many of the young ladies will have chlamydia or other sexually-transmitted infections? It could easily be as high as 20 per cent, and you would have no way of telling which girls were infected and which were safe.

- How many of them will be carrying HIV - the virus that causes AIDS?

- How many of them could get pregnant that night? Statistically, around one in 20 might be ovulating during the party. So if you picked a girl who was at her fertile time, then BANG! you could wind up as a babyfather.

Frankly, I do not think that these are very good odds health wise. My advice: Stay away!

And if you really feel that you can't stop yourself going, I beg you to take a couple of packets of condoms.

Q. I am on the Pill, Doc. I have been taking it for four months, but I am fearful that one day soon, I will forget it.

If that happens, is there anything I can do?

A. Yes. If you forget to take a Pill, you should take two the following day.

However, if you miss more than one Pill, life gets a little more complicated. Find the leaflet that comes in the pack of Pills and check out what advice it gives for your brand.

If in doubt, consult a doctor or a nurse who has been trained in family planning.

Q. I sometimes go up to Newcastle and I have noticed that when I am cold my penis shrinks right down so that I can scarcely see it.

Is this OK, Doc? Or do I need medical help?

A. It is normal for guys to experience this 'shrinkage' when they get cold. As long as your erect penis is a reasonable size (say, five inches in length), you have no need to consult a doctor.

Can a woman accommodate two men?

Q. To settle an argument with my fellow students, is it really possible for a woman to have two male organs inside her vagina at the same time, Doc?

A. It is possible, especially for a woman whose vaginal muscles have grown relaxed due to childbirth. But it would be a stupid thing to do.

How soon will I be safe

Q. I am 19 and am thinking of having one of those 'medicated coils' put in, Doc.

But would it work right away or not?

A. Hormone-loaded intrauterine devices are pretty good. In addition to giving you a high degree of protection against pregnancy, they usually control the menses pretty well.

You should have the device put into your womb during the first seven days from the start of a period. (You will probably be bleeding, but that does not matter.)

If you do that, you will be protected immediately.

However, if you don't have it inserted within seven days of the start of the menses, then you will not be protected immediately, so you would need to use some other form of contraception (like the condom). You have to use that additional protection for seven days after the insertion.

A. Most young women cannot easily climax as a result of intercourse alone, so skilled guys find ways of stimulating the climax during intercourse like with their fingertips.

The 'cunnilingus-first' scheme that you suggest would work reasonably well provided that your fiancee is happy with it. Please make sure you consult with her first.