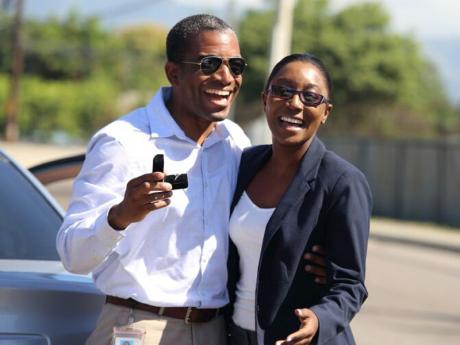 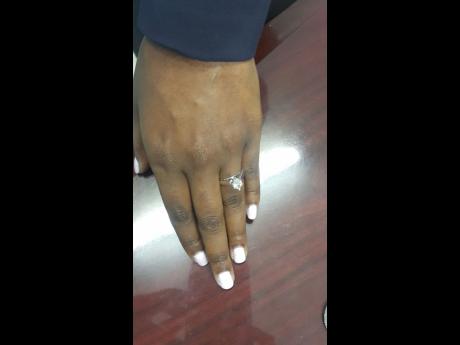 When Ronald Donaldson decided to pop the question to Teresa Martinez, his girlfriend of three and a half years, he wanted to be different.

Always known as a prankster in high school, Donaldson wanted to do something out of the box.

He explained that he and Martinez both worked close to the Hunts Bay Police Station and she always said that she would never go to the station.

So he met with up with Constable Kevin Birthwright of the Hunts Bay police and told him he wanted them to fake an arrest during which he would pop the big question.

Birthwright contacted his sergeant, got the go-ahead, and the plan was set in motion.

Last week Wednesday Donaldson was travelling with his girlfriend (who was driving) when their vehicle was stopped by the police.

The cops insisted that their car had been reported as being involved in an accident and so it had to be seized and towed to the Hunts Bay Police Station immediately.

A shocked Martinez insisted that the car could not have been involved in an accident, since it had been parked at her office all day.

After much back and forth, a confused Martinez was told by one of the policemen that the only way she could get out of the bind was if she agreed to marry Donaldson.

Unbothered, she said, "sure" only to turn around and see Donaldson on his knee with a ring.

And, of course, she said yes!